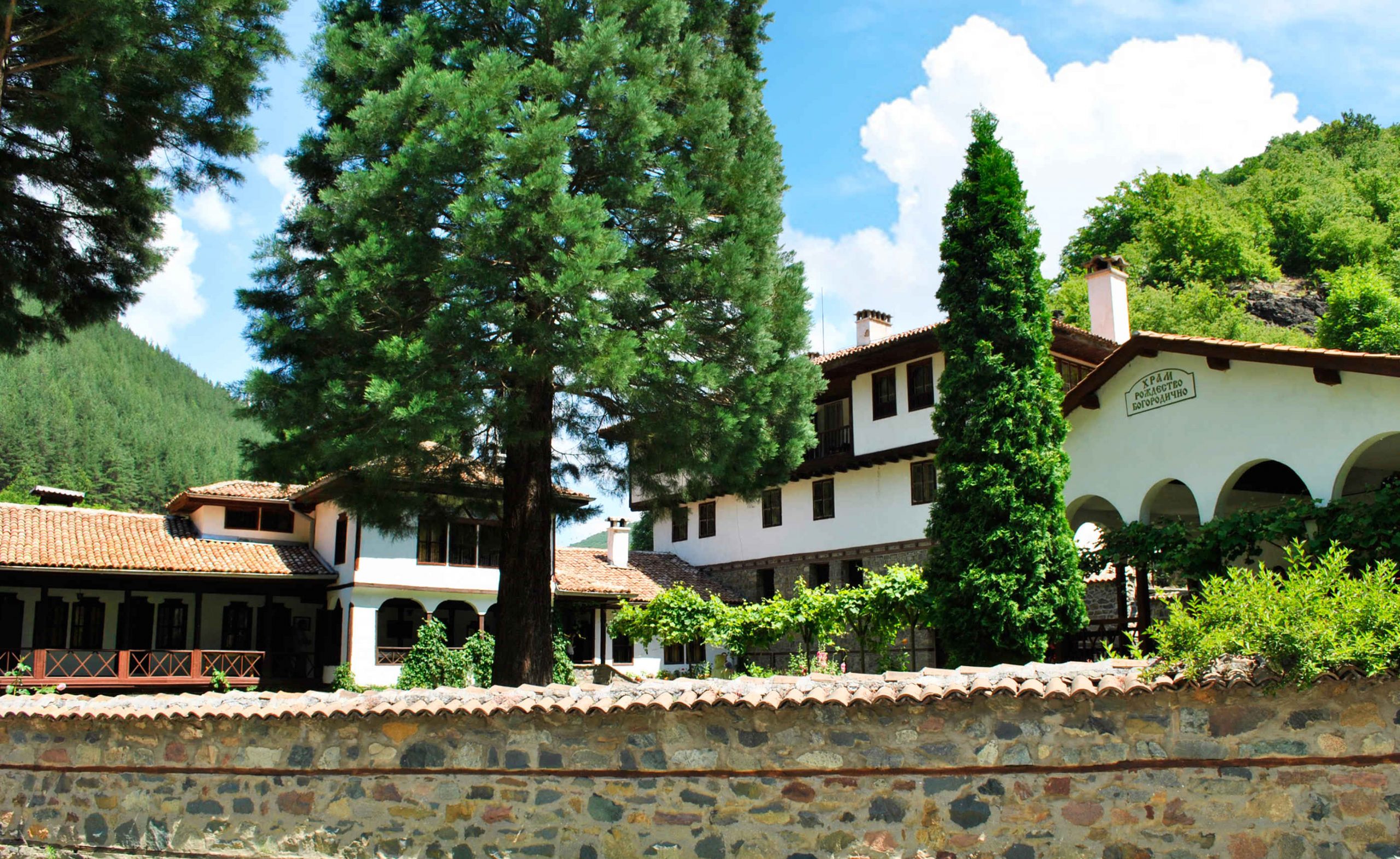 The monastery of Osenovlak, Sv. Bogorodica (Saint Mary, Mother of Jesus) better known as Sedemte Prestola (The Seven Altars) is located in the beautiful valley of Gabrovnitsa River on the road from Elisejna Train Station to the village of Osenovlag.

According to legend seven boyars (noblemen) built seven beautiful villages near the monastery called Osenovlak, Ogoya, Ogradishte, Bukovets, Leskov dol, Zhelezna and Lakatnik. The monastery is linked to King Peter Delyan and his rebellion against the Byzantine Empire in 1040 AC.

During the invasion of Pechenegs (semi-nomadic Turkic people from Central Asia) his brother with a monk name George and the elder Damian decided to build a monastery, which they called Sedemte Prestola. The two brothers became the monastery patrons. It’s said Peter Delian spent his last days and was buried there.

The wholy monastery is one of the wonders of Bulgaria. It is unique with the seven altars and chapels under one roof. Each of them is dedicated to a different holiday from the Liturgical Year.

St. Sophrony Vratchansky, bishop of the Vratsa diocese, also served a liturgy here. The monastery was a favorite place to the classic Bulgarian writer- Ivan Vazov. The writer known by the pseudonym Zmei Goryanin ends his life in the monastery. North of the monastery is a fortress town called ‘’Latinskoto Kale’’ part of which can be seen today.