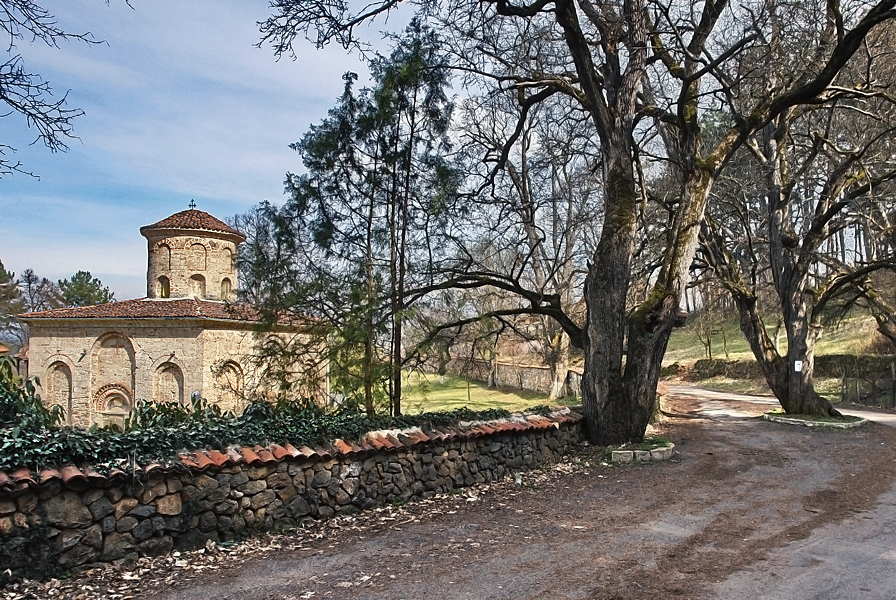 The Zemen Monastery “Saint John the Evangelist” is located 1.5 km from the city of Zemen and 70 km southwest of Sofia. At first it was thought the monastery was built between the 9th and 10th centuries, but when earlier frescoes and other decorative elements were discovered during excavations, archeologists realized it had been founded sometime during The First Bulgarian Kingdom (681-1018 CE),

In 1334, Deyan, the ruler and despot of the Velbazhdosko Kingdom, donated funds to redecorate the monastery church that had been erected sometime during the 11th-12th centuries. The church has a cruciform dome and three apses.

The present dome was built during the 19th century, when the church was restored after lying in ruins for many years. During the middle of the 19th century, living quarters for monks were also constructed. When the Ottoman Empire fell in 1878, a small bell tower was added to the monastery complex.

There are still a few elements left in the church that date to the 12th century. It is possible to discern from these the subjects of some extant frescoes – The Refusal of Offerings Made by Joachim and Anna, as well as the face of what may be an Old Testament king – David or Solomon – or an image of Saints Constantine and Elena. Also preserved are portraits of the church’s founders, the despotic ruler Deyan and his wife Zoya, which date from the 14th century. All of the church frescoes have been restored.

In a protocol issued by The Society for the Protection of Cultural Monuments (SOPK) on February 2, 1971, The Zemen Monastery was declared an archeological and cultural landmark. The monastery is not functioning, but has been granted the status of a museum site because of its valuable frescoes.