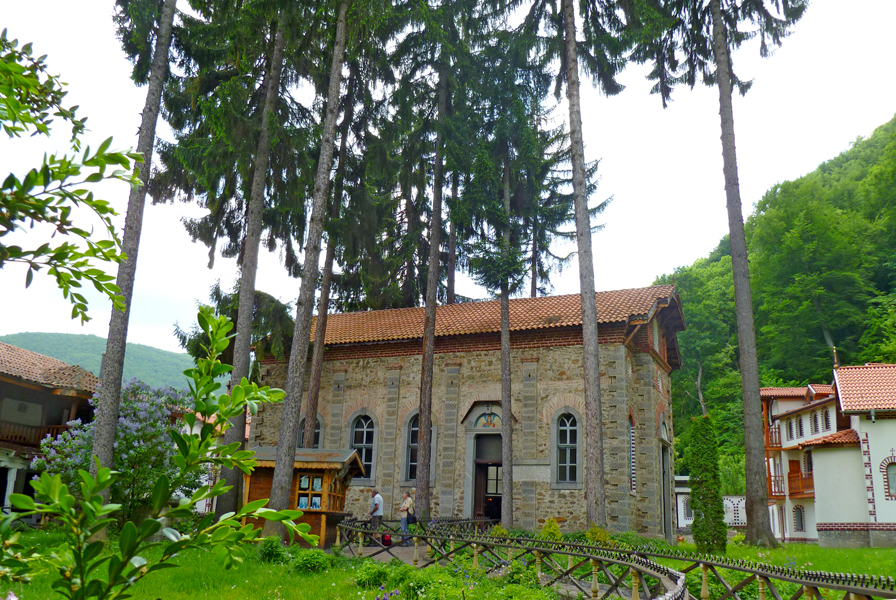 The Kokalyanski Monastery „St. Archangel Michael” lies a few kilometers from the village of Kokalyane, in the eastern part of Plana Mountain. It used to be linked by a road with the Bistrishki, Dragalevski and Boyanski monasteries. Nearby the fortress of Urvich was situated. This was one of the last Bulgarian fortresses, taken over during the invasion of the Ottoman Turks.

The monastery was founded during the Second Bulgarian Kingdom (1185 – 1393 AD) and was destroyed during the Ottoman invasion. It was restored in the 14th century. It was often attacked and robbed between the 14th and 19th centuries. In 1898, the new church was built. Only a stone inscription remained of the old one. The complex includes a church, the chapels “The Assumption of Mary” and “St. John of Rila”, as well as residential buildings and farm buildings, and a bell tower, built in 2000 AD. The monastery keeps the famous Kokalyan collection, dating back to the16th century, as well as relics, related to the reign of the last medieval ruler Tsar Ivan Shishman (ruled 1371 – 1395). The monastery has two memorial days – 8 November – the day of St. Archangel Michael, and 15 August – the day of the Virgin Mary. The monastery was declared a cultural monument.