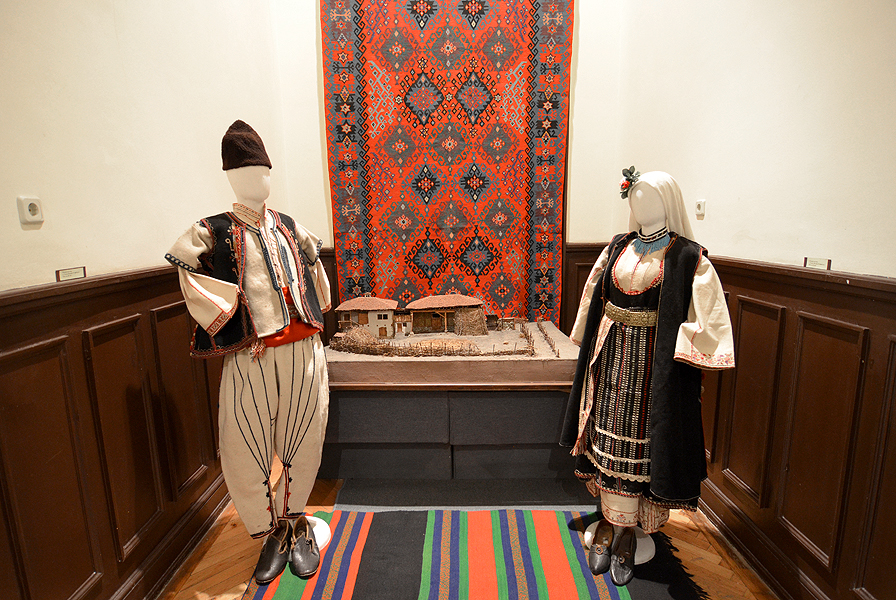 The Ethnographic Institute with a museum at the Bulgarian Academy of Science is situated in the former royal residence in Sofia. The museum is part of the so-called National Museum, established in 1892 and became an independent institution in 1906 under the name National Ethnographic Museum. In 1954 the ethnographic museum and the National Art Gallery moved into the building of the former residence.

The building of the Royal residence was declared a cultural monument by issue 40 of the State Gazette in 1978. The museum has a rich collection, divided into several themes. One of the richest collections of pastoral woodcarvings is preserved in the museum – about 4,000 exponents from the Bulgarian way of life, typical for the period from the beginning of the 19th to the middle of the 20th century AD. Among the exhibits you can see spoons, distaffs, sticks, candlesticks and others. In the collection called Carvings the museum visitors can see musical instruments, such as pipes, rebecs, bagpipes, etc. Part of the exhibition shows the objects, which served the housewives – spinning wheels, distaffs. Some elements of the house furniture are shown too – cupboards, chairs, etc.

Quite interesting is the collection of ecclesiastical fretworks of the Tryavna, Samokov and Debar schools.

The museum curators can tell visitors interesting facts regarding the traditions and beliefs of the Bulgarian people, which wree reflected in their way of life at the weekends and on the work days. One of the most interesting collections is the one devoted to embroideries. It is believed that the embroidery is one of the most distinctive features of the Bulgarian folklore. Even the famous explorer Felix Kaniz said that the worldwide famous artists should learn from the art of the Bulgarian embroidery. The richest collection of traditional Bulgarian clothing in the country is also preserved in the museum.

Other interesting collections of the ethnographical museum are those of painted eggs, ritualistic bread, carpets; also rich are the collection of martenitsas, wedding flags and amulets.

Informational materials and specialized literature are sold at the entrance of the museum.