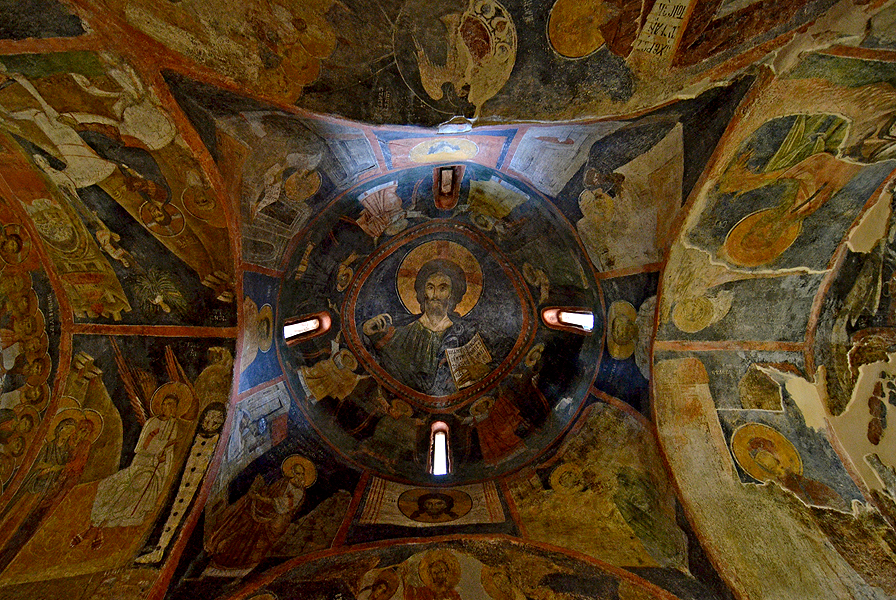 Boyana Church of St. Nicholas and St. Pantaleimon is situated at the foot of Vitosha Mountain, in Boyana Housing Estate in Sofia. It is one of the few medieval monuments of Christian art that have survived until the present day.

The church is one of the 100 Tourist Sites of Bulgaria and was included in the list of UNESCO World Heritage Sites in 1979.

Boyana Church owes its global fame mainly to the wall-paintings of 1259 which demonstrate the exceptional achievements of the Bulgarian medieval culture. Each of more than 240 figures depicted in the church has unique individuality and high artistic value.

The portraits of ktitors Sebastocrator Kaloyan and his wife Desislava, and Constantine Tikh Asen (who ruled in the period 1257 – 1277) and Tsaritsa Irene are some of the oldest pictures of historical figures that have been preserved to this day. 18 scenes in the narthex including elements from the everyday lives of the painters’ contemporaries depict the life of St. Nicholas – one of the temple’s patron saints.

Cards, books, souvenirs and information materials about Boyana Church and other tourist attractions are sold at the souvenir shop of the church. Taking photographs inside the church is forbidden.