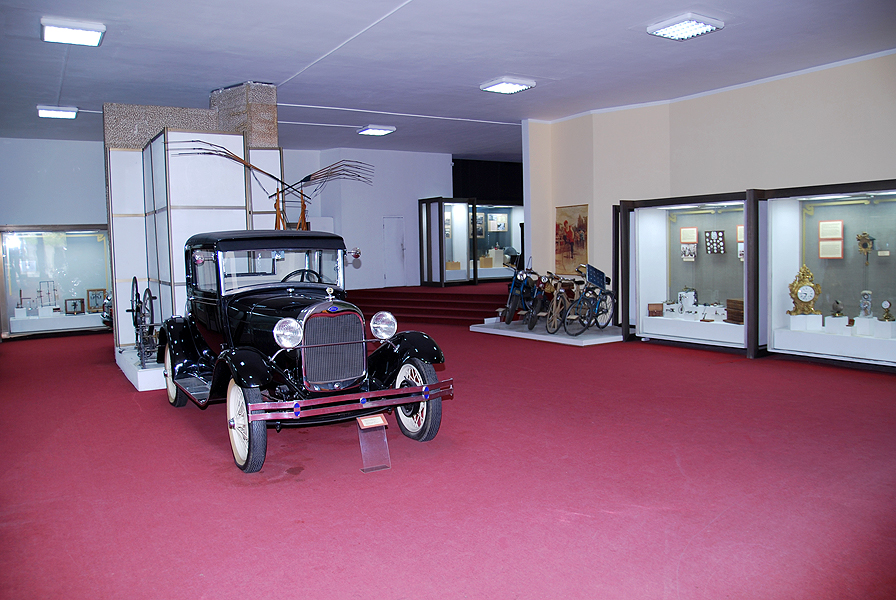 The National Polytechnic Museum in Sofia is one of the oldest museums in the country. It was established in 1957 and it has been housed in its current building since 1992.

The mission of the Museum is to find and preserve movable cultural heritage in the field of technology and to study the development of engineering and technology in the Bulgarian lands.

Among the most interesting exhibits of the Museum ranks a 1952 Messerschmitt automobile. It is a two-seater vehicle with an aircraft-style opening canopy and tandem-seating like in the cockpit of a fighter.

Another fascinating exhibit is the emblematic Ford Model T from the end of the 1920s. It is beautifully restored and is even in operating condition.

One of the richest collections of the Polytechnic Museum is dedicated to time measurement devices. It contains many valuable artifacts, including clocks and watches of the royal family. One of them, which belonged to Tzar Ferdinand (1861 – 1948), is especially interesting – its hand is fixed and it is the dial, shaped like a disc, which turns.

There are museum displays showcasing the different types of manufacturing which flourished in the country at various times – glassblowing, production of rose oil, chocolate and sweets, etc.

One of the most intriguing collections demonstrates labor-saving devices used by the Bulgarian housewife. The exhibits include a vibrating Bulgarian washing machine, a vacuum floor cleaner, a manual ice-cream machine and many other interesting appliances.

The computing technology display traces up the development of computing devices from the most ancient contraptions to Bulgaria’s own electronic computing machine – ELKA, from the end of the 1960s.

One of the most valuable artifacts, not only in the Polytechnics Museum but in Bulgaria as a whole, is a glass vessel holding some of the first experimental crystals of the chemical element germanium. The Bulgarian scientist Stoycho Karavelov – one of the first mining engineers in Bulgaria – worked as an assistant to the world-renowned chemist Clemens Winkler, the discoverer of the element germanium, who presented the crystals to him as a token of gratitude.

There are informational materials and souvenirs for sale and the Museum organizes special holiday events, etc.