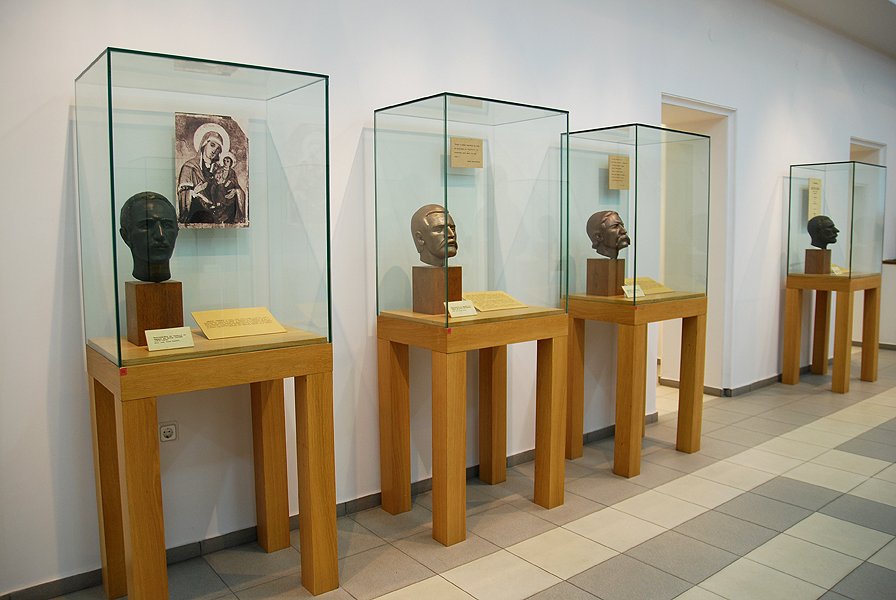 The National Anthropological Museum is located in Sofia, 73 Tsarigradsko Shose Blvd., next to the building of the Ministry of Foreign Affairs. It is one of several museums within the Bulgarian Academy of Sciences (BAS) and is under the auspices the Institute of Experimental Morphology and Anthropology at BAS.

The museum was established in March 2007 after Man in the Past, a traveling exhibition organised by the Institute, attracted considerable attention. Prof Yordan Yordanov is the director of the museum. He is one of the few anthropologists in the world and the only one in the country specializing in facial reconstruction (recreating a face from the skull). The museum houses many reconstructed images of people who lived on our land at various historical periods. The individual stages of the restoration work are displayed in a special showcase at the beginning of the exhibition.

There is a national ossuary to the museum where all anthropological materials found during archaeological excavations are collected. This database is used by scientists and researchers and provides knowledge about the people who lived in the Bulgarian lands from ancient to modern times.

The exposition at the Anthropological Museum is arranged in chronological order – Prehistory, Antiquity, Middle Ages and National Revival. Several facial reconstructions from skeletal remains discovered during excavations represent the evolution of the facial features and their gradual gracilisation (an evolutionary process in which the facial bones gradually change and the facial features become finer). There is a reconstructed image of the priest laid in grave No. 43 in the Varna Necropolis – this is the grave where the oldest worked gold in Europe was discovered (5000 – 4000 BC). Visitors will be fascinated by the image of the Thracian princess laid in the tomb discovered in Mogilanska Mound in Vratsa.

Among the most interesting exhibits in the museum are the reconstructed images of the Bulgarian Czars Kaloyan (1168 – 1207) and Samuel (Unknown – 1014). In the museum you can also see depictions of Zahari Stoyanov, Hristo Botev and Georgi Rakovski – all prominent fighters in the liberation of Bulgaria from Ottoman rule, as well as images of others.

The museum also features several reconstructed graves with the bodies laid out flexed (in fetal position) and extended (Christian burial, with arms crossed on chest).