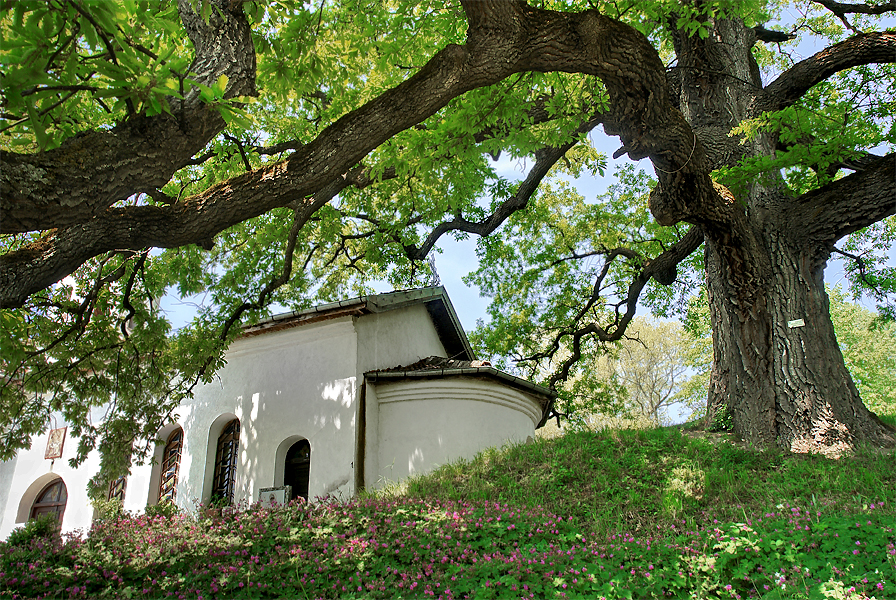 The monastery “St. Nikoly” is situated at a distance of 2.5 km north-east from the village of Skravena, in the locality of Gradishteto, municipality of Botevgrad. There is not much information about its history. It is believed that it was established during the existence of the Second Bulgarian State (1185 – 1393). It was demolished a few times, and it ceased to exist after its demolition during the invasion of the Ottoman Turks in the 15th century.

The bases of the old monastery temple were found during archaeological excavations in the period 1938 – 1941. Restoration of the monastery by nun Lyudmila began in the middle of the 1940s. The church in its present look was raised in 1959 upon the bases of the old temple.

The monastery is a complex consisting of a single-bay construction, a single-apse church, a belfry and a residential building, situated close to a huge centuries-old tree.
Nowadays the monastery is active and is included in the list of the 100 national tourist sites. The temple celebration is on the 6th December – the day of St. Nikoly.

Icons and souvenirs are sold in the monastery.