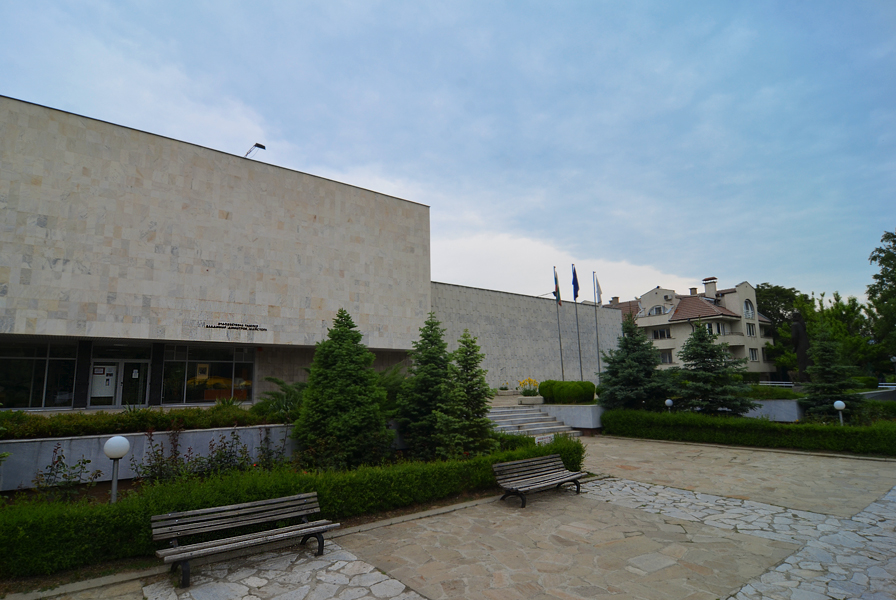 The Art Gallery “Vladimir Dimitrov – Maystora” in Kyustendil was established in 1972 in honor of the 90th anniversary of the renowned artist. The building occupies an area of 4,200 square meters and has seven exposition halls with natural upper lighting.

Vladimir Dimitrov – Maystora (The Master) (1882 – 1960) is one of the most renowned Bulgarian artists. Its specific style can not be mistaken – his paintings are exceptionally impressive with their vivid colors and unique painting style.

The artist was born in the Kyustendil village of Frolosh in 1882. He studies in Kyustendil and passed through a number of professions, until the local people noticed his incredible talent and helped him go and study in the Arts School (which is presently an academy) in Sofia. His first exhibition was opened on 21 May 1903 in the halls of the Regional Court in Kyustendil, when he was 21 years old and he worked as a clerk in court. In 1923 the Maystor settled in the village of Shishkovtsi, where he stayed for about 30 years, and a group of talented Bulgarian artists gathered around him – Boris Eliseev, Nikolay Dyulgerov, Kiril Tsonev, etc. A large part of his paintings were portraits and landscapes. Nature occupies a central place in the canvases of the Maystor, where he portrays it with wide strokes and hues of color close in tone.

The permanent exposition of the art gallery in Kyustendil contains more than 100 masterpieces made by Vladimir Dimitrov – Maystrora. In the other halls visitors can see exhibitions of works of art of the Kyustendil painting school and artists from the country and abroad.

Visitors of the Art Gallery “Vladimir Dimitrov – Maystora” can purchase cards, books and catalogues containing reproductions of the most emblematic works of the artist.