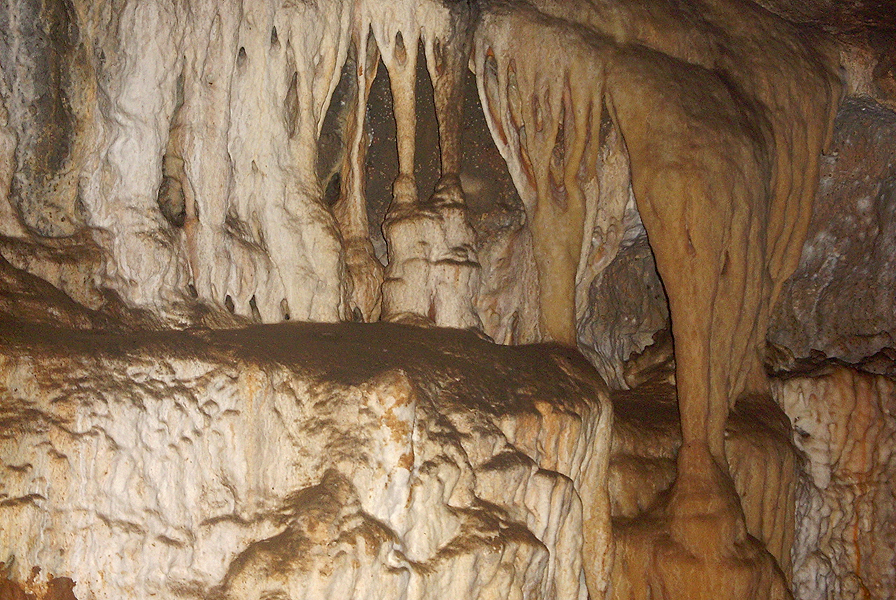 The Duhla Cave (Wind’s Breath Cave) is the longest cave in Bulgaria, with an overall length of 18 km. It is located in the southwestern part of the Vitosha Mountains near the village of Bosnek, in the administrative region of Pernik. It is a complex cave system, with six levels and many entrances. The name of the cave comes from the sound that the wind makes when it blows through it.

Seven underground streams flow through the cave, and most likely are tributaries of the Struma River. They flow together and empty into a karst (limestone) reservoir, Gornata Cheshma (The Upper Well).

On the six cave levels there are a great number of unbelievably beautiful galleries filled with limestone formations and secondary limestone shapes, with very narrow passages that at times make access a difficult struggle.

The cave is particularly rich in secondary entities. To explore this cave, an experienced guide and prior training are required, since the cave’s labyrinthine nature makes the cave hazardous for those who enter it unprepared.

There are 22 animal species living in the cave, including 6 species of bat.

The cave was declared a natural landmark by Decree № 2810 on October 10, 1962. To prevent the destruction of the rare and fragile forms in the cave, the cave entrance is locked.