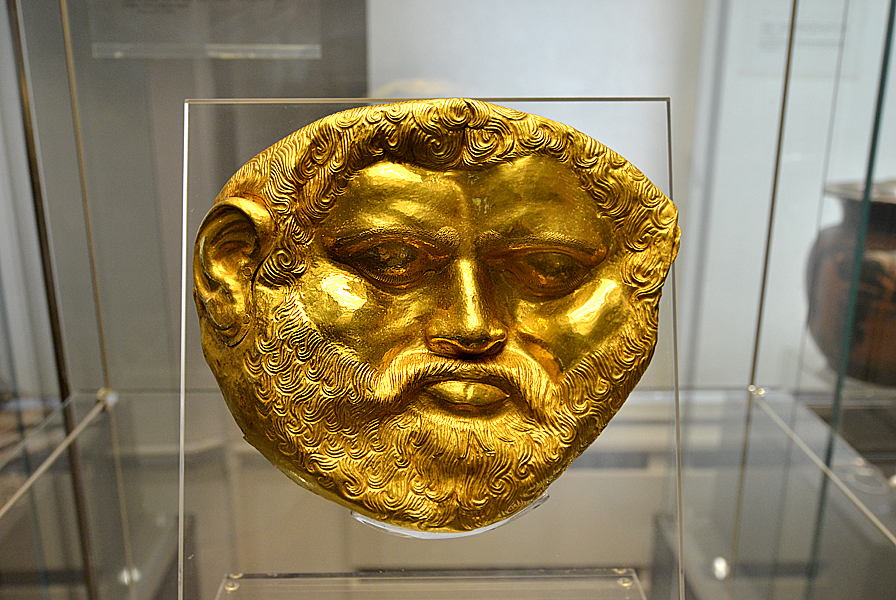 The National Archaeological Museum is situated in the center of Sofia City, opposite the Presidency. The museum is housed in Buyuk Dzhamiya (The Large Mosque) – the oldest preserved building in Sofia from the age of the Ottoman Dominion, dating back to the end of the 15th century. The museum was opened for visitors on 18 May 1905. The building was expanded a number of times, in order to house all finds and monuments of culture. The museum was largely affected during the bombing of Sofia in 1944, but it was restored afterwards.

The mosque building was declared a national antiquity by issue 69 of the State Gazette of 1927.

The museum expositions are placed on two floors. Finds from the Late Bronze Age to the Late Middle Ages are presented in the main hall of the Archaeological Museum which covers both floors. A large part of the exponents are related to the flourishing of Thrace in the 5th – 3rd century BC and the Odrysian Kingdom. Finds of the mound necropolises of the Thracians are also presented. On both sides of the entrance of the main hall visitors can see tombstones, statues of idols, ceramics and other articles, which were found along the shores of Black and Aegean Sea. Many finds, made in the necropolis of Apollonia of Pontia (presently Sozopol) and Odessos (Varna). Very well-preserved Roman stone monuments – portrait statues, works of Greek sculptures are also kept here.

Finds form the periods of the Paleolithic Age to the Middle Bronze Age are also presented in the Prehistory Hall. Some of the most interesting exponents are those of the settlement mounds of Karanovo and Ezero. The exponents include tools, figures made of clay and bone, ceramic models of residential buildings and ovens. The explanatory texts at each window facilitate visitors.

The most impressive article for visitors is the real size copy of the Madara Horseman, which is placed right against the main entrance. The Madara Horseman is a unique rock relief, made by an unknown sculptor in the early Middle Ages 23 meters in height on an upright rock. The original is situated 16 km east of the town of Shumen, and due to its uniqueness it was included in the list of UNESCO global cultural and natural inheritance.

One of the richest collections of Bulgarian Middle Age paintings are placed on the second floor where the Middle Age hall is located.

The most valuable exponents of the museum – the Valchitran Treasure, dating back to the 14th – 12th century BC, and the Lukovit treasure dating back to the 4th century BC are stored in the Treasury Hall on the second floor. The finds made in the Svetitsa Mould by Kazanlak are also stored here. They contain the famous burial mask, as well as the head of the bronze statue of the Golyama Kosmatka mound by the town of Shipka.

Informational materials and specialized literature are sold in the museum.