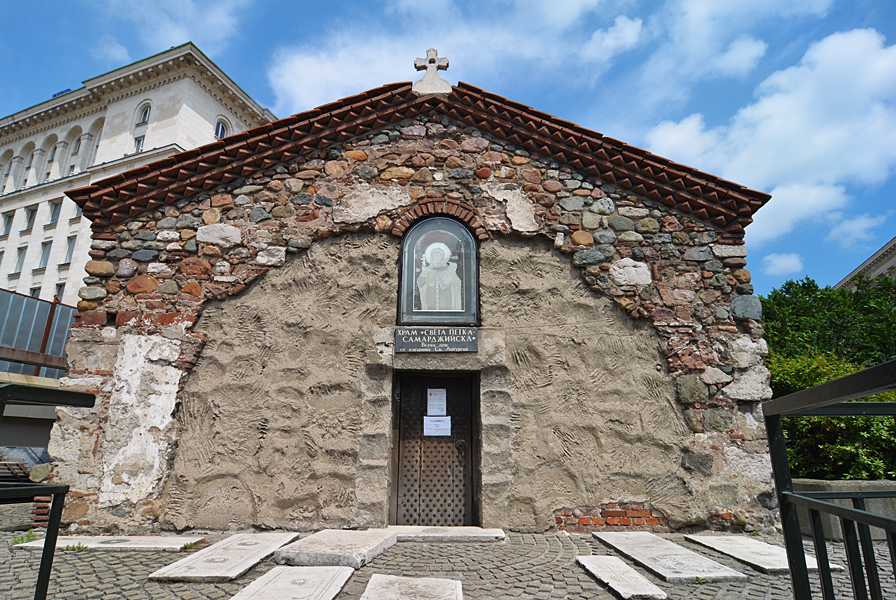 The church “St. Petka Samardzhiyska” is situated in the center of Sofia city – in the underpass between Sheraton hotel and the Central Department Store, near the entrance of the Serdika metro station.

The temple is dedicated to the Martyr Petka Ikoniyska. It was built on the remains of a Roman cult building and dates back to the 11th century. The wall paintings, which can nowadays be seen in the interior, were painted in the end of the 15th and the beginning of the 16th century.

During the Ottoman Dominion, the temple “St. Petka Samardzhiyska” used to be maintained by the guild of the packsaddle makers in Sofia. This is where its name comes from (samar, which is packsaddle in English).

There is a hypothesis, that the revolutionary Vasil Levski (1837 – 1873) was re-buried in the temple. This hypothesis has not yet been confirmed, but to the present day many people believe that the remains of the great Bulgarian are laid there.

The temple is operational. Its memorial day is celebrated on 28 October – the day of St. Petka.

The church was declared a cultural monument by issue No 73 of News Journal in 1955.