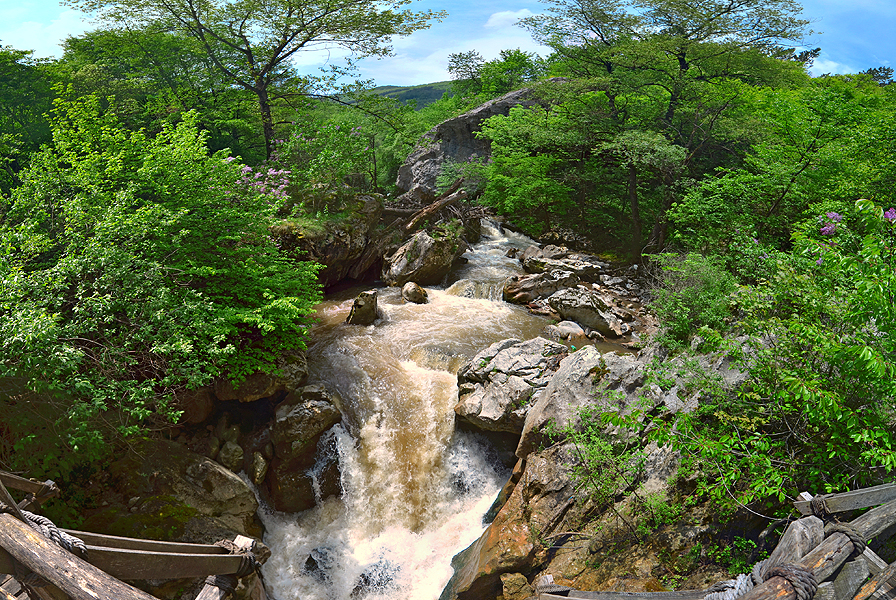 The picturesque gorge of Erma River (Tran Gorge) is situated at a distance of about 3 km from the town of Tran and is one of the most attractive landmarks in this part of the country. The gorge is about 100 meters long, and about 5 meters wide in its narrowest part. A special eco path was made for the curious tourists and nature lovers. It starts at the south end of the canyon. The route is 13 km long and passes through wooden bridges over Erma River, continues through a tunnel, cut into the rock, and a 35 meters long wooden bridge, after which an ascending begins at the west rock of the gorge. The most interesting and attractive sites along the trace of the eco path are the two gorges – those of the Erma River and the Yablanishka River.

The view which opens from the eco path takes away the breath of visitors with its impressive rock formations in the river gorges, foamy waterfalls and water thresholds.

The gorge of Erma river has been formed as a result of the thousands of years of erosive activity of the river, which has cut a deep narrow area in the limestone. More than a century ago, visiting this gorge, the great Bulgarian writer Aleko Konstantinov cried out in delight: “What were you saying about Switzerland?”.

The Erma Gorge was declared a natural landmark by Order No 1803 of 26 July 1961 in order to preserve the unique rock formations.  Living nature is also remarkable here. Dozens of tree, bush and grass species live on an area of only a few square meters. Some of them are exceptionally beautiful, such as lilac in May or sumac in September and October, and most of all the exceptionally rare Iris reichenbachii, which for the area of the Balkan Peninsula is only seen here in June.