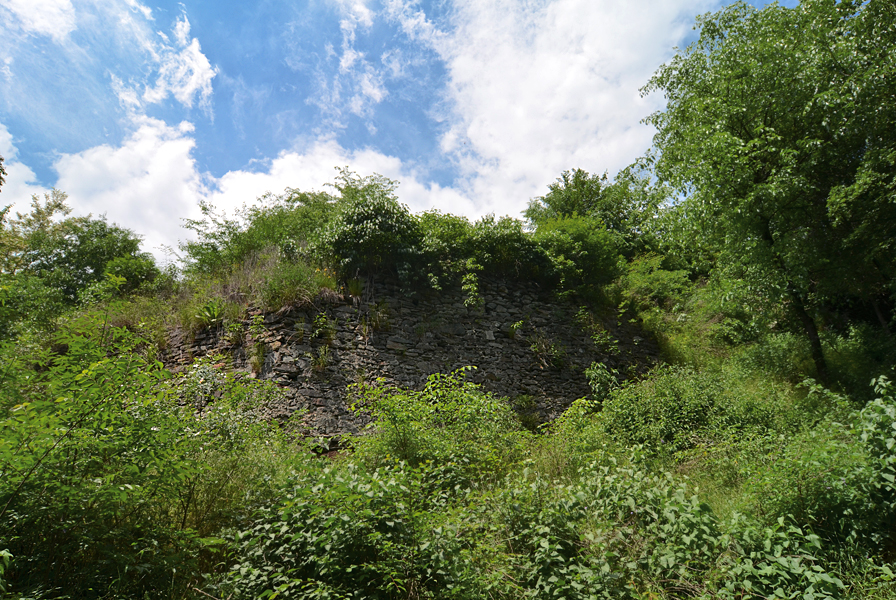 The remains of the medieval fortress Urvich are located in the Lozen mountain, at a distance of a kilometer from the village of Kokalyane, over the road between Sofia and Samokov. The Kokalyane Monastery is located in the vicinity.

The history of the fort is not quite clear. It is assumed that it was built in the 13th century, and its purpose was to defend the pass to Sofia (the fortress of Serdika). In those ancient times Urvich was an unconquerable fortress, surrounded on three sides by the torrential waters of the Iskar river.

Nowadays only parts of the foundations, of a watchman tower and the fortress church St. Iliya have remained from the fortress. The fortress wall used to surround a trapezoid-shaped area, 350 meters long and 150 meters wide. Watchman towers were built at the most vulnerable places of the fort. Remains of one of them are preserved to the present day – rising up to 7-8 meters, with wall thickness of up to 1.2 meters.

The fortress is mostly mentioned in connection with the last battles of tsar Ivan Shishman (reigned 1371 – 1395) against the Ottoman Turks. After they conquered Ihtiman and Samokov, the Ottoman Turks turned to Sofia, but in order to reach their goal, they had to render the Urvich fortress safe.

According to a local legend, people from all surrounding villages participated in the building of the fortress. The Ottomans attacked the fort several times unsuccessfully and decided to use strategies instead of force. They were aware that the soldiers of Urvich go out at night through a secret gate to obtain fresh water, and decided to search for the secret entrance. One day the Ottoman pasha captured a shepherd woman from the nearby village and threatened to kill her baby if she didn’t give away where the hidden door of Urvich was. The woman, who had sworn to never betray this secret, disclosed the secret gate location in order to save her child, and cursed herself, asking God to punish her for the betrayal. According to the legend, God petrified her, and the Ottoman Turks managed to surprise the Bulgarian soldiers; they captured the fortress and knocked it down to the ground.

There is no information if Urvich continued to exist after Bulgaria was conquered by the Ottoman Turks. Nowadays, the fortress can be reached by a well- trodden path that starts from the main road between Sofia and Samokov.