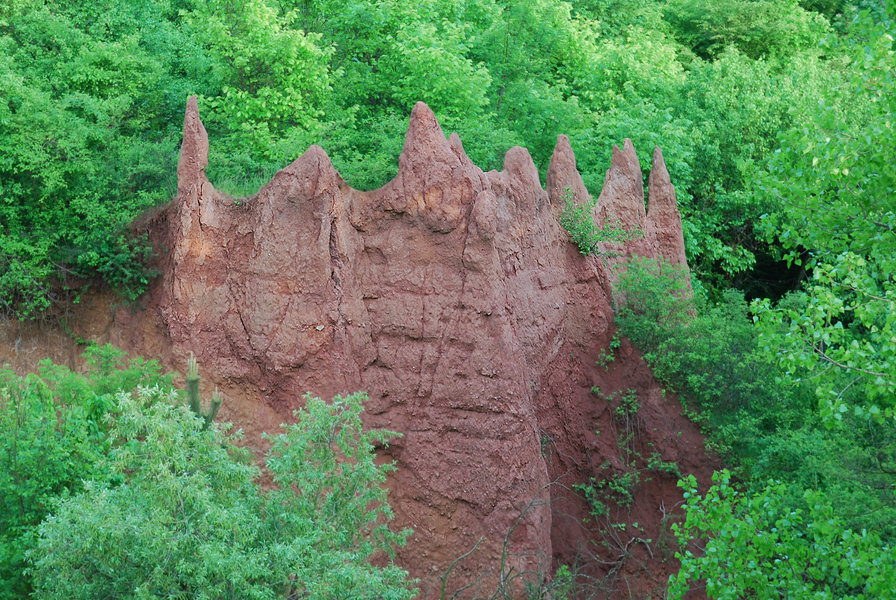 The pyramids of Katina are an interesting natural phenomenon near Sofia City. They are located in the upper northeast part of the village of Katina, on the southern slopes of the Balkan Mountain, 20 kilometers north of the center of the capital city.

The impressive shapes have formed as a result of erosion of delluvial soils, pulled off the mountain. Rains have sculpted these figures over millions of years, but unfortunately in recent years under the influence of the environment, the vegetation and the nearby dam, the erosion has decreased and the pyramids have been losing their impressiveness little by little.

The pyramids of Katina are scattered in several groups and have a pointed shape and are reddish – brown in color. They are situated among the lush vegetation in the lower part of Golemiya Dol area. The cliffs, where they are located, rise about 5-10 meters in height, but the pyramids themselves are not more than 2 meters high.

The Katina pyramids were declared a natural landmark by Order No 927 of 10 April 1962 to preserve the interesting formations.