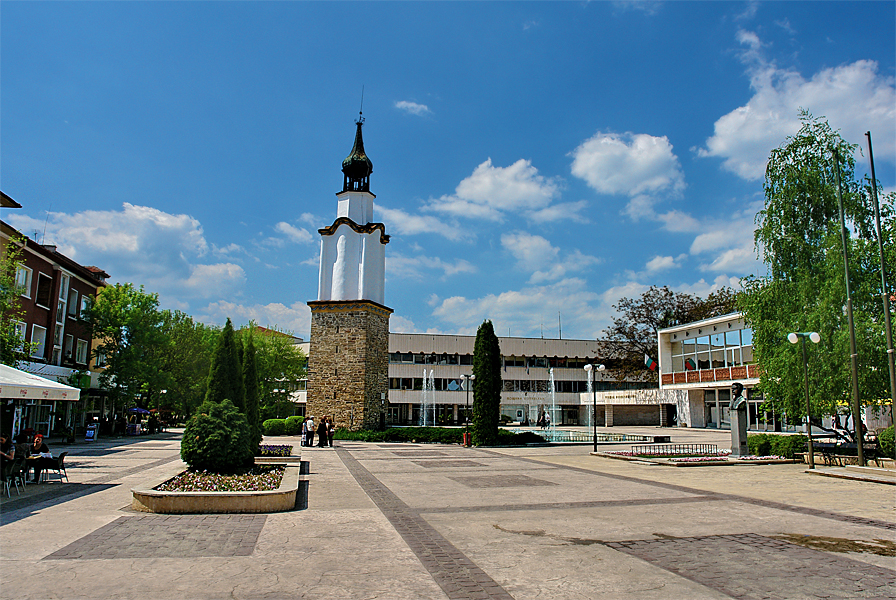 The Clock Tower in Botevgrad is situated in the town center, on Osvobozhdenie square. It was built in 1866 by the local builder and craftsmen Vuno Markov. The clock mechanism was made by the local blacksmith Gencho Nakov, and the bell – by the craftsmen Lazar Dimitrov from Bansko.

It is the highest clock tower in Bulgaria from the Age of Revival and is a symbol of the town. It is 30 meters high. The baroque elements and the wall paintings, decorating the undulating cornices are interesting to see. The lower part of the tower is stonework with a small door, by which the officials enter to operate and wind up the clock mechanism. The tower diameter decreases in height.

The tower was declared an architectural and constructional monument of culture of national significance by Protocol of the National Council on Cultural Monuments Preservation on 24 October 2006 and was included in the list of the 100 national tourist sites.