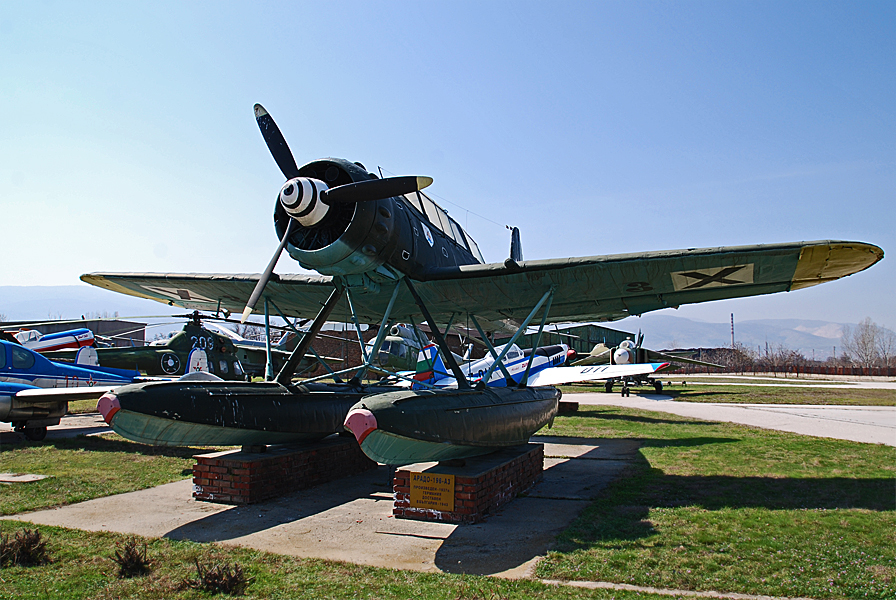 The Aviation Museum was founded in 1991 and it presents the development and the achievements of the Bulgarian aviation. The museum is a branch of the National Museum of Military History, and is situated in a close proximity to Plovdiv airport.

The Aviation Museum possesses two rich expositions – an internal and an external one. The internal exposition is spread on a large area and multiple aircrafts are placed on it. Among the most precious exponents of the museum is a green hydroplane called Arado – 196 А-3 “Shark” – the only one preserved exponent in the whole world. It was manufactured in1938 in Germany and it was delivered in Bulgaria in 1943. In the external part of the museum the visitors can also see transportation planes, military planes, naval fighters of various generations, etc.

The internal exposition of the museum presents not only the history of the Bulgarian aviation, but also that of the success of Bulgaria in the area of aeronautics. Here one can see the original descendable space craft of the first Bulgarian astronaut Georgi Ivanov (a member of the international team of the space ship called Soyuz 33, sent in orbit on 10 April1979). In the museum is kept the original costume and space suit of Georgi Ivanov. The descendable space craft is placed together with his original parachute which takes an area of 1000 square meters and weighs 160 kg.

In the exposition dedicated to Space are presented the Bulgarian developments of space equipment and space foods. The visitors can see how the dishes Monastery Beans, Cucumber Soup and Milk with Granola look in space.

In the museum one can also see the so called height suit, intended for flying on a big height. Yuri Gagarin was wearing such a suite during his first flight in space in 1961.

The development of aviation in Bulgaria is traced on special boards with pictures and documents.

One of the most interesting collections in the Aviation Museum is dedicated to Asen Hristov Yordanov. This is the creator of the first airplane, built in Bulgaria. A model of this plane can be seen in the museum. Yordanov proved to be also the only adventurer who dared to participate in a contest in the USA for a round the world flight which was not performed anyway due to the lack of other participants. Later, the Bulgarian turned into one of the most distinguished builders in the area of aviation.

One of the museum attractions is the option of its visitors to take pictures in the cabin of an authentic training military plane Mig 15 of the 1950s.