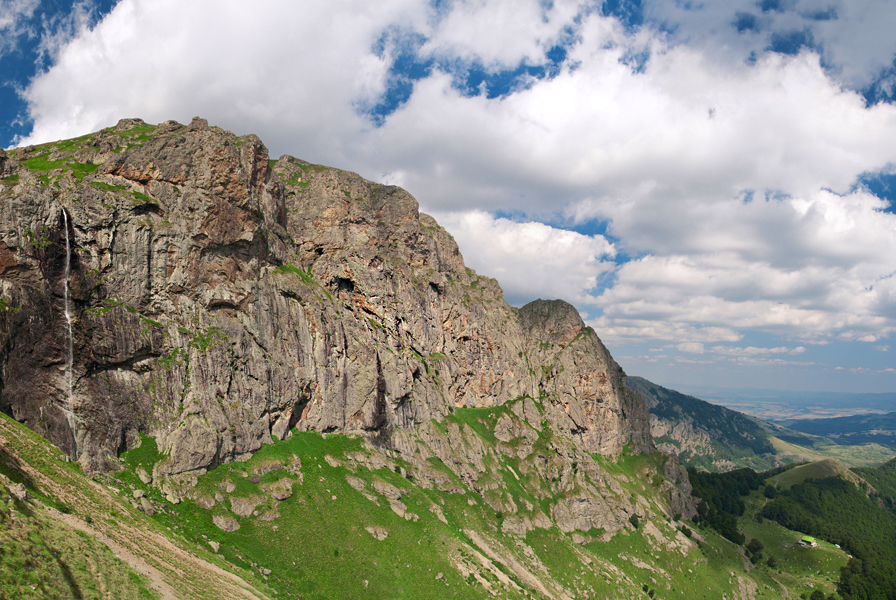 Dzendema Reserve is located in Stara planina (Old Mountain), south of Botev Peak (2376 m) above the town of Kalofer. It comprises the catchment area of Byala River (White River), the upper reaches of Tundzha River, and the gorge of Tazha River. It is the biggest reserve on the territory of the Central Balkan National Park. It was declared a reserve by virtue of Ordinance No 606 of 28 March 1953. In 1977 it was declared a biosphere reserve within the Man and the Biosphere Programme of UNESCO.

Dzhendem comes from Turkish and means hell, inferno. The high inaccessible rocks, the steep gullies, the dark venerable forests and the unpredictable and harsh weather all contributed to the name of this area. But what was hell for men turned into paradise for wild animals. Large mammals such as wolves, chamois, red deer, and bears – the symbol of the Central Balkan National Park, live on the territory of the reserve. Dzhendema has preserved venerable oak forests, the majority of which untouched by human hand. The rough beauty of the reserve is still inaccessible in most of its parts even today – the steep rocks and the thick vegetation have managed to successfully keep the secrets of the mountain.

The tourist routes going through the reserve are extremely beautiful and offer many panoramic views. The climbing route to Botev Peak (2376 m) – the highest peak in Stara planina, also passes through Dzhendema Reserve.

Rayskoto praskalo Waterfall (124.5 m) – the highest waterfall in Bulgaria, surrounded by the Heavenly Rocks is located in the reserve as well. There is a steep trail equipped with safety rails to the left of the waterfall – this is the panoramic Tarzan path, a summer route to Botev Peak.

Rai Mountain Hostel (Paradise Mountain Hostel) is the only mountain hostel on the territory of the reserve. It lies at the foot of the Heavenly Rocks and makes the place more inviting and hospitable. There is no road to it – it can be reached only by foot or on horseback. Panitsite Resort situated 7 km north of Kalofer is the starting point of all tourist routes. There is an asphalt road leading to it. Motor vehicles are strictly prohibited on the territory of the reserve. Tourists are only allowed to walk on the marked trails. All routes in Dzhendema Reserve are well-kept and there is no danger of getting lost.

The White River Eco-Trail is made for tourists who want to feel the beauty of Dzhendema Reserve without having to endure the inconvenience of covering long walking distances. It lies 8 km northwest of Kalofer, near the Kalofer Monastery. It goes through the scenic White River Canyon, right by the border zone of the reserve. The eco-trail crosses the numerous waterfalls and pools which the cool mountain water has created on its way down to the valley. The well-kept wooden bridges and trails meander through the geranium- and herb-overgrown banks of the gorge and gradually unveil the beauty of the otherwise mysterious and inaccessible Dzhendem.

The eco-trail is built and maintained by the administration of the Central Balkan Park.

The trail is interesting both to adults and children – the numerous information boards get the visitors acquainted with some of the inhabitants of the park (reptiles, amphibians, plants, etc.) in an attractive way.