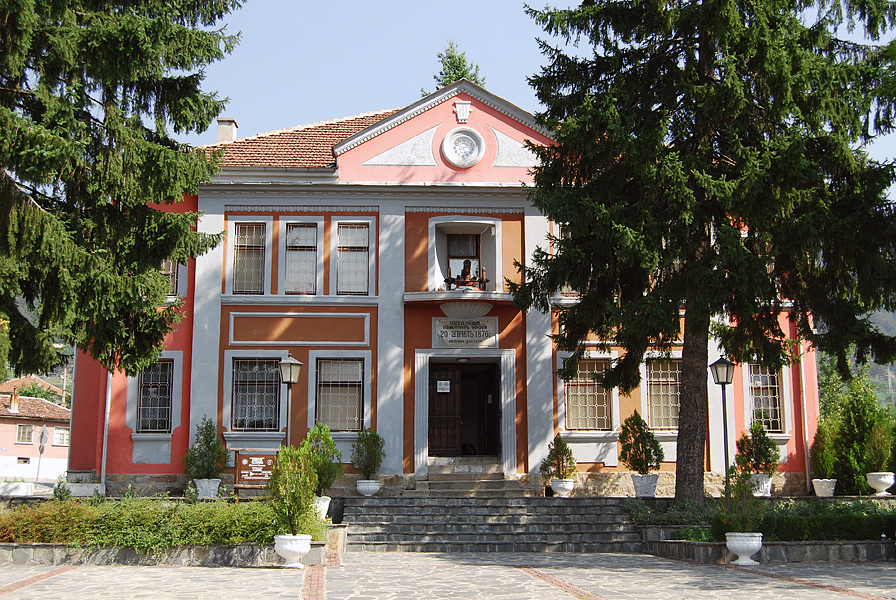 The building that houses The Klisura Museum of History was constructed in 1925-1926 as part of activities related to the commemoration of the April Uprising (1876). Residents collected funds for 30 years to pay for the construction in honor of the uprising. In 1976, on the 100th anniversary of the April Uprising, a new community center was opened, and the museum collection was transferred to one of its halls.

At present, the exhibition occupies a few floors of the center. The most valuable item on display is the original bell that signaled the start of the uprising on April 20, 1976. The whole second floor of the museum depicts Klisura’s part in the event. On display are clothing, weapons used by the revolutionaries, and a copy of the revolutionaries’ banner. A part of the exhibit is concerned with the European reaction to the April Uprising and with the Russo-Turkish War that liberated a part of Bulgaria in 1877-1878. On the museum’s ground floor there is a small picture gallery displaying works by noted Bulgarian painters. The paintings are originals and are related to the national movement against Ottoman rule in the 19thcentury.

The rest of the exhibit is dedicated to the traditional activities of Klisura’s residents, such as the production of rose oil and the herding of livestock, as well as to the development of education in the city. Special attention is given to notable Bulgarians who were born in Klisura, such as one of the founders of Bulgarian publishing, Hristo Danov (1828-1911), the political figure Marko Balabanov (1837-1921, and others. In a corner of the exhibit dedicated to Hristo Danov, visitors can view his personal library.

The historical museum complex includes The Pavrudzhiev and The Kozinarov Houses. In the Pavrudzhiev House, located opposite the museum there is a restored rose oil distillery. The structure is typical of the symmetrical style associated with Plovdiv architecture of the period. In its rooms are displayed equipment connected with the daily life of Klisura residents during the second half of the 19th century. The Pavrudzhiev House was declared an architectural and cultural landmark of national importance in Issue № 55 of the State Decrees for 1978.

In the courtyard attached to the Kozinarov House, there is the well where Tsana Kozinarova threw herself and her four children, so as not to be taken alive by the Ottomans. The house was restored in 1976-1977.

Informative material, brochures, books, and postcards about The Klisura Museum of History are on sale only at the museum. Apart from its cultural importance, Klisura and the surrounding region offer excellent opportunities for hiking excursions.