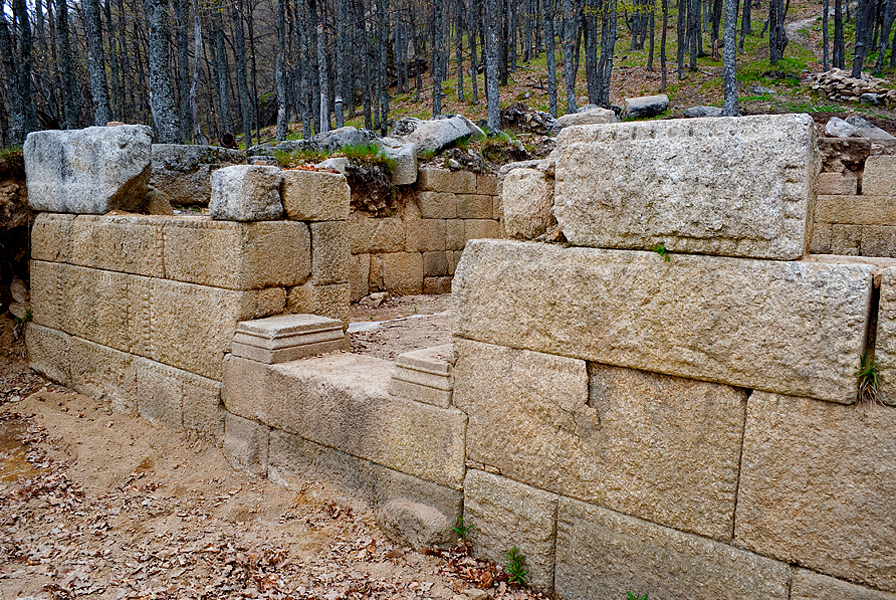 The Thracian architectural complex on the Kozi Gramadi peak was found in 2005 and includes a residence, an ancient fortress, rock temples, roads, hill mounds and quarries for extraction of construction materials. The peak is situated by the Fenera hut, at a distance of about 22 km north-east from the town of Hisarya.

The residence of the Thracian rulers from the 5th – 4th century BC on the Kozi Gramadi peak is situated at elevation of 1100 meters above the sea level in the Sredna Gora mountain. The residence is surrounded by a massive fortress wall which surrounds an area of about 4.5 decares. The fortress and the residence are near one another and are connected by an antique road. The palace is two-storey high and has a parade entrance and decorations on the walls. There are two short symmetrical staircases leading to a podium on one of the sides of the large premise. Most probably, the hall has served for conducting of receptions or other rituals.

Bronze coins belonging to Teres II (391 BC – 389 BC) and Philip II of Macedonia (382 BC – 336 BC) were found on the floor in the hall. Archaeologists have found fragments of Greek and Thracian ceramics, a part of a golden breastplate, a double iron ax (labrys). Points of spears, lead weighs for slings and maheyra (a short bent sword) have been found along the slopes of Kozi Gramadi peak.

The objects found in the region are exposed in the National Historical Museum in Sofia.

A unique stone tomb and a second fortress wall were found during the archaeological excavations. Multiple monolithic rock formations were found in the region of Kozi Gramadi, a large part of which were ancient Thracian settlements.