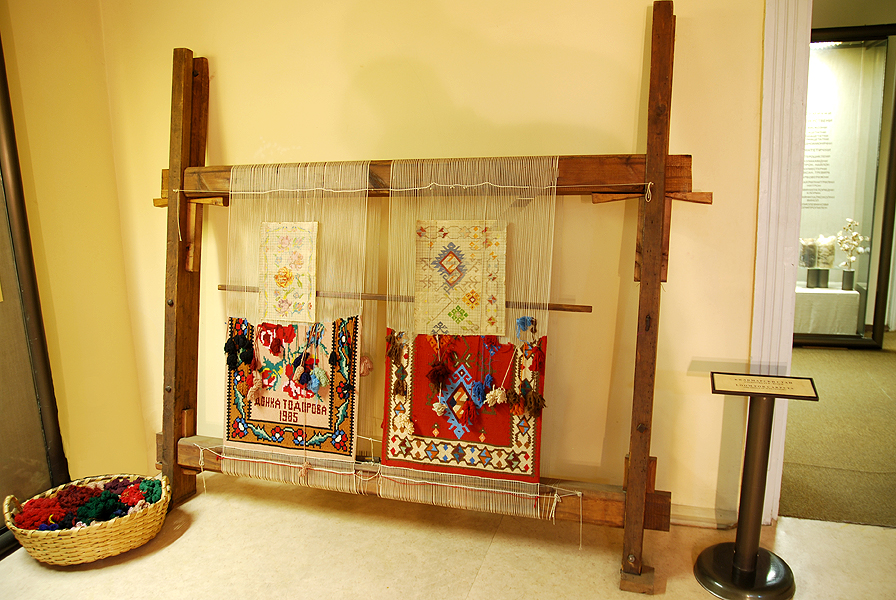 The Museum of Textile Industry is a branch of the National Polytechnic Museum. It is located in Sliven, at 3, Stoil Voyvoda Square, and is housed in a building which is a monument of culture.

Thematically, the museum is dedicated entirely to the production of textiles from the ancient past until the present day and as such it is the only one of its kind in Bulgaria.

The exhibition takes up eight halls and follows the birth, development, and achievements of textile techniques, technologies and equipment. The tour around the museum starts at the second floor and continues to the first where the big machines and equipment included in the demonstration part of the lecture are situated.

Among the exhibits, visitors of the museum will find weights of a vertical loom from the 7th Millennium BC, as well as a reproduction of a vertical weaving loom which was used in these lands during the Neolithic Age. Equipment, techniques and technologies applied in the home, craft, and industrial production of textiles, such as distaffs and spindles, primitive forms of weaving, spinning wheels, etc. are also demonstrated. Special focus is placed on the Industrial Revolution in Europe which began in 1733 with the flying shuttle invented by John Kay. Another invention that gave revolutionary birth to technique and technology was made in 1800 by Frenchman Joseph Marie Jacquard. He applied a programme to the weaving loom – the so-called Jacquard apparatus through which every warp thread could be controlled individually. There is a working Jacquard loom displayed at the museum and visitors have the opportunity to witness Jacquard’s invention in person.

The machines are displayed on the first floor of the museum. Some of the exhibits include a 1937 spinning machine and a 1943 Princess Marie Louise mechanical weaving loom manufactured in England especially for the Bulgarian market.

Two of the other halls are dedicated to different types of weaving and knitting machines. Almost all of them work and a demonstration for visitors shows how they operate.
A special exhibition can also be seen at the museum dedicated to the life and work of Dobri Zhelyazkov (1800 – 1865) – founder of the industry in Bulgaria.

Information materials and souvenirs are sold at the site.