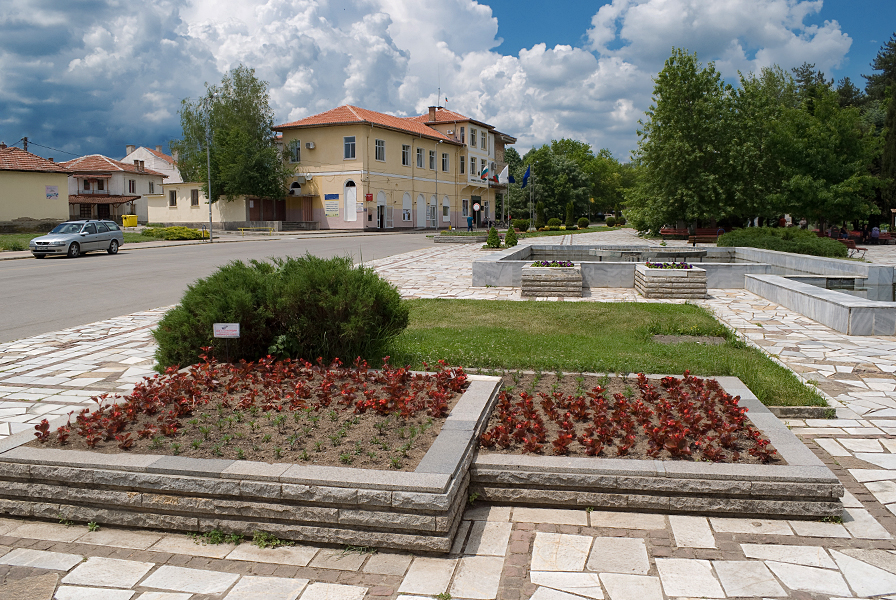 The city of Pavel Banya is a balneology center known for the healing properties of its mineral hot springs. The city is located in central Bulgaria, 24 km from the city of Kazanlak and 180 km east of Sofia. The population of the city is roughly 2,700.

The city’s median temperature in January is 1 degree Centigrade, and during July 22 degrees Centigrade. The climate is continental Mediterranean, and the city is 400 meters above sea level.

The city was founded shortly after Bulgaria was liberated from Ottoman domination in 1878. Though the city does not have a long history, the region has long been settled. Archeological excavations have uncovered an ancient city, Roman baths, and the remains of early Christian churches. The city is situated in the Valley of the Roses and Thracian Kings, and there have been important archeological finds nearby, such as the tomb of the Thracian king Sevt III in the Golyama Kosmata (Great Kosmata burial mound, along with the tomb of the Thracian king Ostrusha. In the nearby city of Kazanlak, there is another impressive tomb that has been included in the UNESCO list of world cultural heritage sites.

There are 9 hot springs in Pavel Banya. Seven have a temperature between 50-61 degrees Centigrade, with a slight mineral and alkaline content. The mineral content in two of these hot springs is particularly suited for medicinal procedures. The water at the spa is particularly helpful for patients suffering from bone and joint disorders, problems with the central nervous system, and orthopedic trauma.

The Pavel Banya spa offers many options for accommodations – spa complexes, hotels, and family guest houses. Almost every hotel in the city has pools and other facilities fed by the thermal springs, with the latest balneology equipment and trained staff to serve the guests. Restaurants at the resort offer a wide range of local dishes.

Not far from the city is The Koprinka Reservoir, which offers excellent opportunities for fishing and relaxing in pristine natural surroundings. Visitors can learn about other activities in the city and surrounding region by visiting the Pavel Banya Information Center in the city’s Lecture hall and community center.