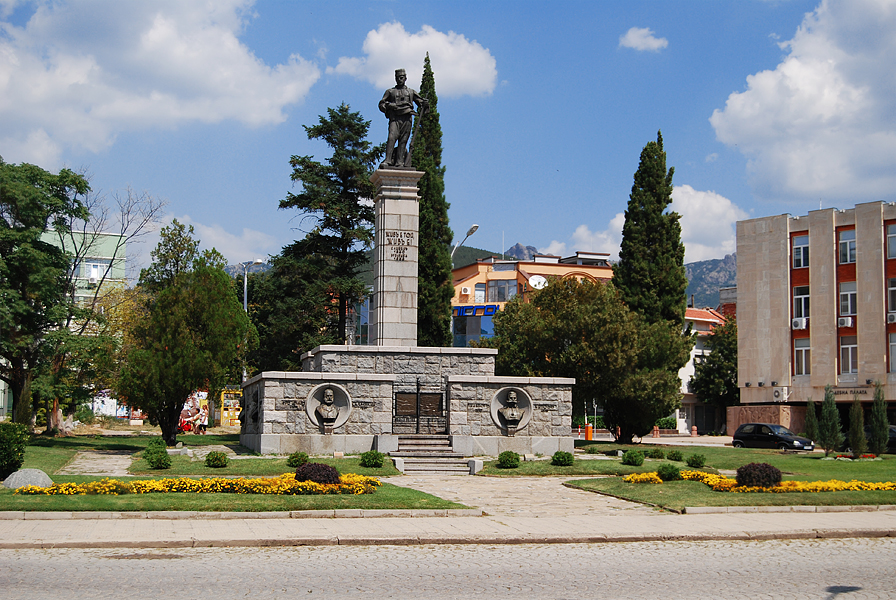 The town of Sliven is located in the sub-Balkan area, about 300 km east of Sofia and 115 km west of Burgas. The town is nested under the majestic area of Sinite Kamani – one of the most beautiful natural landmarks in the country. Sliven is an administrative center of Sliven area and it has a population of a little more than 110,000 people. The climate here is transitional continental – with mild winters and relatively hot summer. The average January temperature is 1°С, and the average July temperature is 23°С. The local wind “bora”, which blows during more than half of the days of the year, is typical for the region.

Sliven is a town with long history, which had developed during the centuries as a serious and rich craftsmen and cultural center. The name of the ancient settlement, inheritor of which is the present town, was Tuida. Presently, in the localities of Sliven, on the Hisarlaka hill, visitors can see remains of the ancient fortress Tuida, which dates back to the second half of the 4th century AD.

There are evidences, proving that the settlement was a cult center in antiquity, and it continued to perform similar functions for the early Christians, and later in the Middle Ages as well. As a spiritual center during the ages of the Ottoman Dominion quite naturally Sliven turned into a center of the haidouk resistance movement, which is a reason for it to be famous as the Town of the Hundred Voivodes. Even nowadays, songs are sung and legends are told in this region about Indzhe Voivode, Zlati Voivode, Hadzhi Dimitar, Panayot Hitov.

One of the most important events for the development of the town and the country was the opening of the first factory type workshop in the 1830s. Dobri Zhelyazkov Fabrikadzhiyata (the Factory Owner) (1800 – 1865) established and managed in Sliven the first textile factory in the Ottoman Empire, which became a basic supplier of woolen fabrics for the needs of the Sultan and the army. The factory was a state ownership, but due to the knowledge and the experience of Dobri Zhelyazkov, which he acquired abroad, it was the first industrial and modern enterprise on the territory of the Ottoman Empire. The traditions in the fabric manufacturing are alive and admired even now in the town.

Presently Sliven is a modern and pleasant town with multiple landmarks and diverse cultural life. Interesting for tourists is the museum house of Hadzhi Dimitar (1840 – 1868) – the voivode and hero of the time of struggles for national liberation from the Ottoman Dominion. The house is situated in one of the oldest residential sections of the town – Klutsohor.

Another interesting landmark is the native home of the poet Dobri Chintulov (1822 – 1886), an author of multiple patriotic poems and revolutionary songs. It is located in the northern part of Sliven. The museum house “Sliven Style of Life” is also located nearby. Its exposition is dedicated to the ethnographic specifics of the region.

Also in the northern part is the only Museum of Textile Industry in Bulgaria. It is situated in the yard of the first Bulgarian textile factory. The museum is very attractive with its demonstrations of ancient weaving machines, some of which are near 200 years old.

The history museum of the town is a compulsory stop for the town guests, who are interested in the history of the region. The museum impresses visitors with its rich collection of exponents and the remarkable golden decorations of Thracian rulers found during the past few years. The museum is located on the main pedestrian street of the town.

Some of the landmarks of Sliven are also the monument of Hadzhi Dimitar, the Clock Tower, the Art Gallery “Dimitar Dobrovich” with the multiple masterpieces of Bulgarian and global art, the beautiful building of the municipality, the theater “Stefan Kirov”, the Old Elm-tree – a centuries old tree, a witness of many events, etc.

A pleasant walk along the main street will reveal to us the beauty and the tranquility of this town; and the town park with the chestnut-trees and the lake is a favorite place for walks of the residents and the guests of Sliven.

The natural park “Sinite Kamani” is located in close proximity to the town. The renowned Blue Stones are located there – rocks covered in specific moss, which change their color depending on time and light. A part of the park is the locality of Karandila – a popular place for walks and relaxation. Visitors can reach Karandila on foot along the Haydushka path, by a motor vehicle or a lift, the first station of which is situated at the foot of the mountain.

The resort Slivenski Mineralni Bani is situated at a distance of a few kilometers from Sliven. The place is famous for the curative properties of its waters. The mountain villages of Zheravna, Ichera and Medven are also located in the vicinity. They preserve multiple monuments of the Age of Revival (18th – 19th century).

The region around Sliven offers many opportunities for cultural, historical, country and ecological tourism. This region is famous for its good wine, which can be tasted in a number of wine degustation centers. There are a number of 2-4 star hotels in the town, and the mountain villages in the area offer accommodation in attractive hotels and guest houses. The catering and entertainment establishments in Sliven are diverse and they are located all over the town. You can obtain more information about the town and the tourism options in it in the two tourist information centers – one of them is in the Municipality building, and the other one is in the beginning of the Haydushka Path.