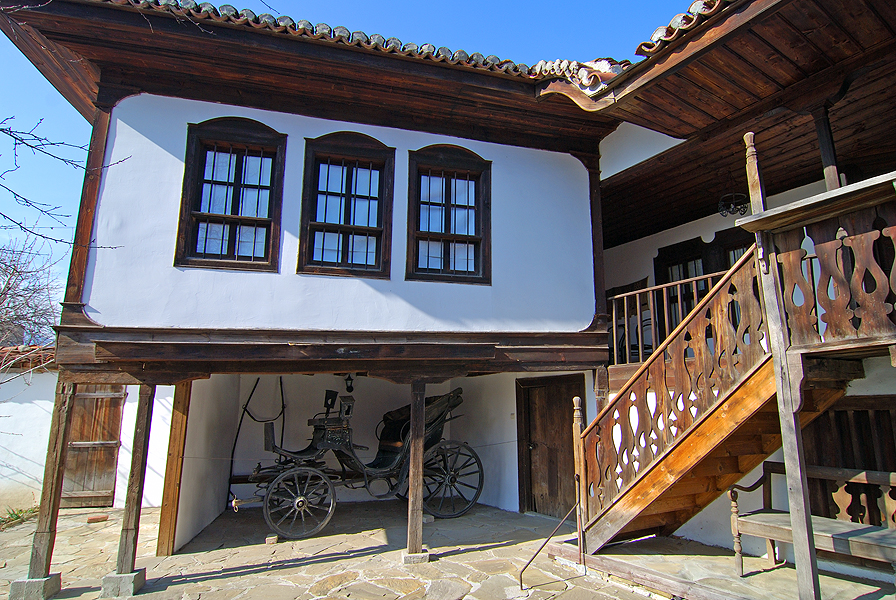 One of the most interesting tourist sites in Sliven is the house of the Sliven Style of Life. The Museum House “Slivenski Bit” was built in the first quarter of 19th century in one of the oldest neighborhoods of Sliven – the Kaftandzhiyski neighborhood. It is a model of the residential architecture from the years of Revival (18th – 19th century) – an open symmetrical house with a lodgia. Actually, it consists of two houses, stuck to each other. The larger one which was built first, is known as the house of Patkoolu, and the smaller one which was built later is known as the Arnautkina House.

In 1963 the Patkova house was turned into museum, in which the interior exposition presenting the Sliven craftsmen house of the 19th century was established. Hundreds of unique objects are presented, presenting the development of the carpet making, copper-making, pottery-making, carpentry, saddler-making (making of saddles and appliances for harnessing of horses), etc., as well as basic domestic practices and traditional requirements of the Liberation period. The house of Patkoolu was declared an architectural, constructional and art monument in Issue 4 of the State Gazette of 1966.

The Museum House of the Sliven style of life from the beginning of the 20th century, also known as the Arnautkina House, was established in 1969 and shows the style of life of the Sliven family in the first decades of the 20th century. Imported and Bulgarian furniture are exhibited – a bedroom suite, night-tables, a sofa, armchairs, a sideboard. Regardless of the fact that the house is a product of an older age, in it successfully live the innovations in the town style of life with the wooden plank bed in the bedroom, the fireplace in the kitchen and the large wooden cupboards in all premises.

In October 2009 in the museum house “Sliven Style of Life of the 19th century” a new exposition was opened, entitled: “Traditional Culture of Sliven Region”. It shows the preserved variety and the specifics of the regional traditional culture. Attention is paid to ritual food, ritual requisite and the verbal magic. The ritual and the feast costumes of the region are exhibited.