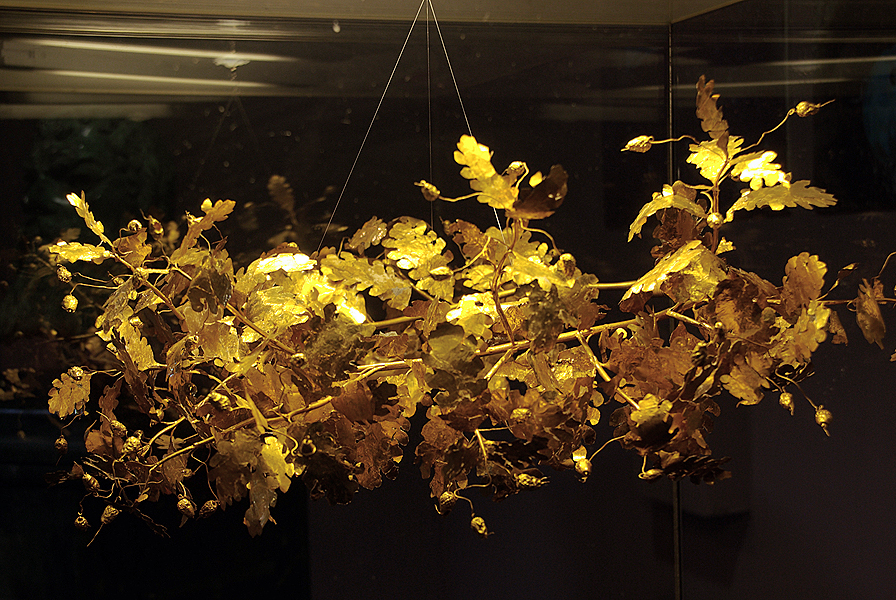 The Historical Museum in Kazanlak caries the name of Iskra and is founded in 1901. It is among the oldest regional museums in Bulgaria. More than 50 000 original exponents are kept inside it. They present the rich material and spiritual culture of the Kazanlak region. The museum protects, examines and popularizes the entire historical heritage of the Kazanlak region, including all Thracian tombs from the Valley of the Thracian rulers.

In the museum you can see the permanent expositions of the sections “Archaeology”, “Revival”, “New History”, “Etnography” and the “Newest History”.

The exposition entitled “Archaeology” includes stone and bone labor tools, handmade ceramic pots, jewels made of beads, rings, bracelets and various pendants from the Neolithic Age (from 6000 to 4000 years BC), the Chalcolithic Age and the early Bronze Age. Along with them are presented the Thracian temple tombs – the Kazanlak Thracian tomb, found on 19 April 1944 in the town of Sevtopolis (examined in 1948 – 1956 upon the construction of Koprinka dam) and multiple objects found in the mounds near Kazanlak (such as Golyamata Kosmatka, the Maglizh tomb, etc.). Here you can find information about finds from the Roman Age. The Middle Ages are presented by the objects found in the locality and the middle age necropolis by the village of Kran, Kazanlak region.

The exposition entitled “Revival” presents the style of life and the occupation of the local Bulgarian population in the period 18th – 19th century. The ethnographic collection includes jewels and national costumes in the style of the people from Kazanlak in the past.

In the section entitled “New History” interesting objects are the pictures, the documents, the medals and the orders related to the wars from the 20th century, the music score of the first Bulgarian opera entitled “Siromahkinya” by the composer Emanuil Manolov (1858 – 1902), the premiere of which was in Kazanlak in 1900, as well as the music scores of another distinguished Bulgarian composer – Academician Petko Staynov (1896 – 1977). This section covers the history of the town and the region within the period 1889 – 1944.

The exposition entitled “Newest History” is dedicated to the participation of the 23rd infantry regiment of Shipka in the Second World War. Here one can also see pictures material from the construction of Koprinka dam, at a distance of 7 km from Kazanlak.

Another interesting hall in the museum is the New Treasury Hall, in which the newest golden, silver and bronze finds from the Thracian temple tombs in the region are exhibited. Among them is the unique golden crown of the Thracian tsar Sevt III (4th century BC), his helmet and knee-pads, the entire golden and silver horse ammunition, as well as the rare collection of coins and other objects of the Thracian Age.

In the Lapidarium of the museum is situated the richest collection of primitive bone sickles in the South-east Europe.

Guided tours are offered in the museum Iskra, movies are played in the multimedia hall, showing moments of the excavation works and the archaeological findings in the region. Demonstrations of rituals related to the Feast of the Rose and the production of rose oil are conducted here. Upon a preliminary request, a specialist – archaeologist will guide you through the tombs in the region of the town of Shipka. Souvenirs are sold in gift shops in the museum. A fee shall be paid for taking pictures and making videos.