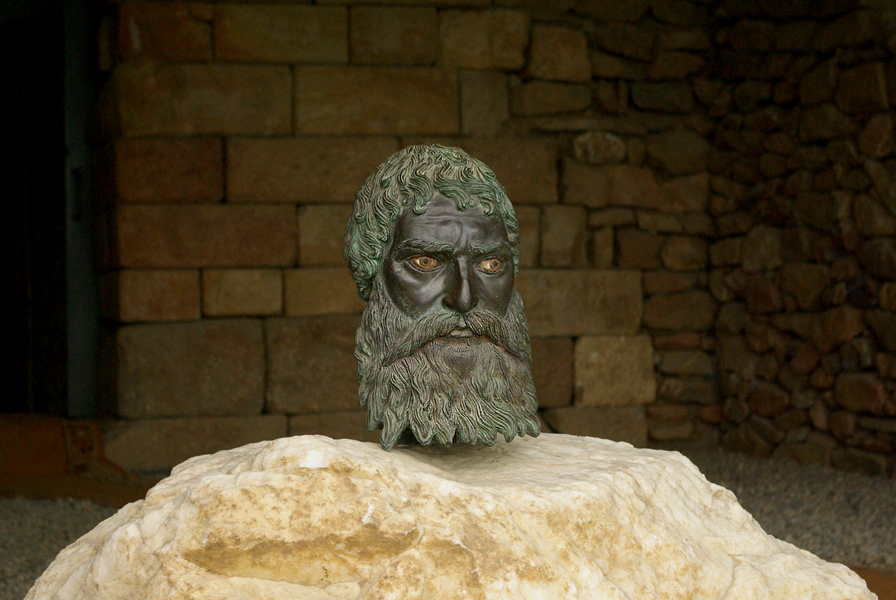 The Tomb was built in the second half of 5th century BC. The following items were found inside it – the golden crown of the ruler, a golden kilix (a wine glass), knee-pads and a helmet, applications for horse tackle, etc., which are presented in the historical museum of the town of Kazanlak. A remarkable thing is the bronze head of the statue of Sevt III buried ritually in front of the façade, which is quite detailed. It is an important evidence of the Thracian Orphic rituals.

The tomb temple consists of a corridor, an anteroom, a round chamber with high tholos cover and a rectangular chamber, constructed as a sarcophagus by two monolith blocks, one of which weighs more than 60 tones. The three halls are built of rectangular stone blocks and are covered with slabs. A two-winged marble door closes the entrance to the round chamber. The upper plains of the wings are decorated with images of God Dionysus, as in the east part he is an embodiment of the sun, and in the west – of the earth and the night.

The ritual couch and the ritual chamber are placed in the rectangular chamber. They were covered with fabric made of a golden thread, after that a splendid funeral of the ruler was performed. Above the phial, the jug and the helmet was inscribed the name of Sevt, which proves that in the beginning of 3rd century BC here was buried Sevt III – the famous Thracian ruler of the Odrysian kingdom.

The capital of his kingdom, called Sevtopolis, is situated at about ten kilometers south-west from the tomb, on the bottom of Koprinka dam. The head of the statue of Sevt is buried in the tomb, and it was placed on a pedestal in the capital Sevtopolis.

The personal belongings and the gifts, needed for the afterlife of the ruler are carefully placed in the chamber.

After the burial the entrance of the round chamber and the anteroom were blocked, the horse of the ruler was sacrificed, and the corridor was ritually set on fire.

The tomb is a part of the Valley of the Thracian Kings, which also includes the Kazanlak tomb, as well as the tombs and the temples found in the mounds Goliama Arsenalka, Shushmanets, Helvetsia, Grifoni, Svetitsa and Ostrusha.

The curators of the Historical Museum in Kazanlak offer tours and lectures in Bulgarian, English and German language.