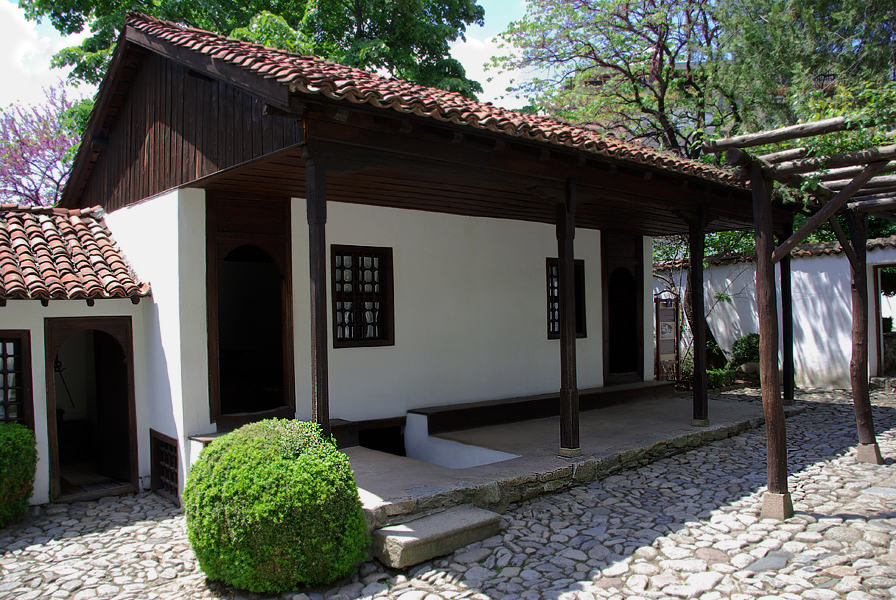 The national museum of Vasil Levski is situated in the central region of the town of Karlovo. The museum complex includes the native house of Vasil Levski, a memorial chapel “Vsyah Svetih Bolgarskih” (All Saints of Bulgaria), Chardaklieva House, a museum exposition and the monument of Gina Kuncheva – the mother of Levski.

Vasil Ivanov Kunchev – Levski (1837 – 1873), also known as the Apostle of Freedom, is the most renowned hero in the Bulgarian history. A fighter for freedom, a revolutionary and a furtherer of equality, he is one of the basic ideologists and organizer of the struggles for national liberation from Ottoman dominion in the 19th century. He was hanged by the Ottoman authorities on 19 February 1973 in Sofia City.
The museum of Vasil Levski has a long-term history. Its beginning is related to the restoration of the native house of the Apostle in 1933 and its opening as a museum in 1937. The house is a small one-storey building with a basement, a cellar, and a shelter on the ground floor, and two rooms on the floor – one bedroom and one guest-room. A workshop is stuck to the house – a small construction consisting of a room with a shed. The initial appearance of the house is restored by courtesy of Levski’s nieces – the daughters of his sister Yana.

A room for documental exposition was constructed near the house in 1955. Consequently, it appeared to be too small and a new building was constructed in 1965, and the old one was reconstructed into a cinema-room. From 1968 to 1992 the museum house was a branch of the Local Historical Museum in Karlovo. Since 1993 it has been an independent museum. On 21 July 2000 it was declared a state cultural institute of national significance.

Since 1994 the Museum Complex in Karlovo has been being restored and expanded. The Chardaklieva House and Memorial Chapel “Vsyah Svetih Bolgarskih” were included.

The museum exposition had been collected for more than 65 years and stores belongings, documents and pictures, related to the family, the life and the activity of Vasil Levski, his associates from Karlovo and other regions of the country. All scientific biographic researches and literature works dedicated to the Apostle, pieces of fine arts, etc. are kept here.

Nowadays the museum of Vasil Levski is one of the most visited memorial museums in Bulgaria.

On 19 February, the date on which the Apostle was hanged, every year Karlovo celebrates the deed and the self-sacrifice of Vasil Levski. Contests, exhibitions, literature meetings, etc. are being organized.