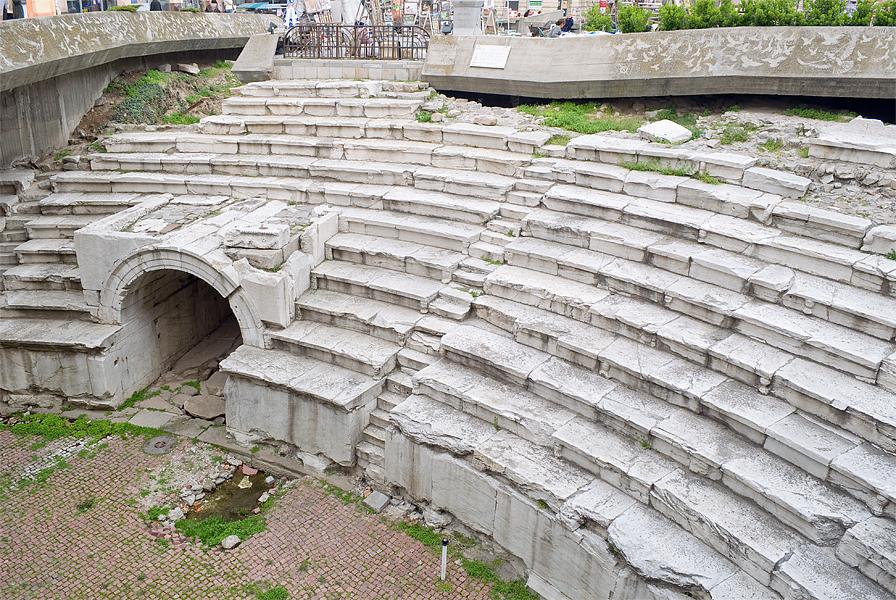 It was built according to the model of the Delphi Stadium – only 12 of this kind are preserved in the world. It is approximately 200 meters long; only its northern part and a part of the fortified wall from the 2nd – 4th century have been exposed. Sports contests were conducted here in the past, as well as gladiator fights and animal fights – the renowned Pitian, Alexandrian and Kendresian games. Remains were found of a hydraulic clock at its central entrance. A memorial plate tells about the passing of the Olympic Fire on its way from Athens to Moscow in 1980. The place was receiving about 30,000 viewers in antiquity.

Presently, the Roman Stadium is being renovated according to the project entitled The Antique Stadium of Philipopolis – Preservation, Rehabilitation and City Renovation. It is implemented by the County Administration of Plovdiv, with the assistance of the Financial Mechanism of the European Economic Area.

The region around the Roman Stadium is exceptionally attractive for the guests of Plovdiv. On the small square, local artists and people of art present their works – sculptures, paintings, jewelry, souvenirs, etc.