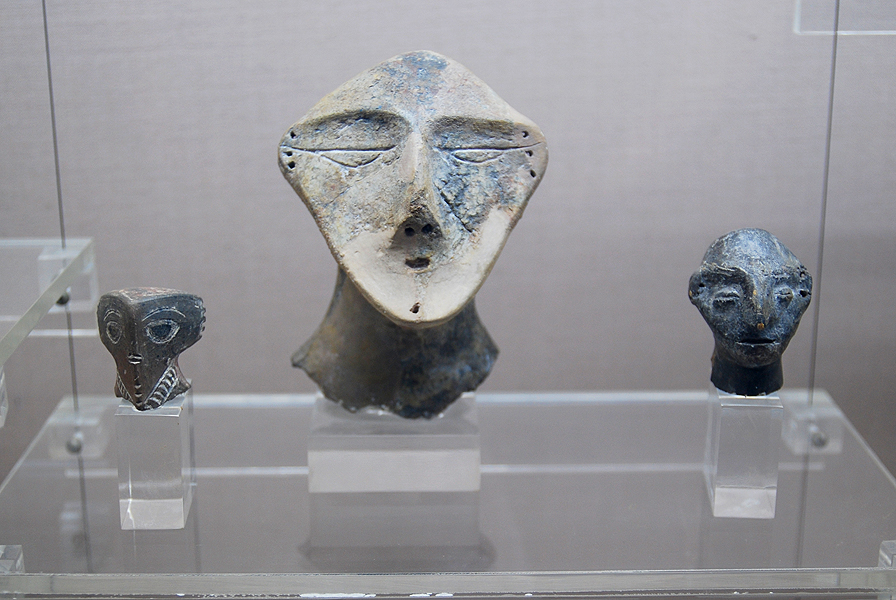 The Neolithic Dwellings Museum is situated in Stara Zagora and contains finds that are extremely important for the history of mankind. It exhibits the two best-preserved Neolithic dwellings in Europe that date back to the 6th millennium BC. The two dwellings were destroyed by sudden fire millennia ago and this is the main reason why they are so well preserved today. The dwellings have one room each and are separated by a common partition wall. They also share a common roof made of straw and leaves and are built on wooden poles intertwined with thin wooden rods covered with a mixture of clay and straw. Scattered pottery vessels, charred grains of wheat, barley, vetch, and lentils, and a huge set of household utensils were also found on the site where the two dwellings were discovered in 1968.

The Neolithic Dwellings Museum is located in situ, i.e. it is built on the archaeological site in order to protect the discovery.

The Prehistoric Art in the Region of Stara Zagora Permanent Exhibition displays the best examples discovered during archaeological research conducted in this and other settlement mounds in the region of Stara Zagora. The exhibits that attract the visitors’ attention are the spindle-shaped aerodynamic sling weights, the ceramic knives and the bone spoons, the land cultivation tool made of deer antlers, the sickle made of goat horn with tiny flints inserted in the cracks, etc.

A great number of pottery vessels are also displayed in the museum, some of which have graphite decorations on them. These decorations mostly consist of geometrical figures. Another interesting exhibit is the musical instrument called goblet drum dated the 5th millennium BC, which was probably used in religious rituals.

The museum collection of religious figures provides information about the beliefs and the cults of ancient people. Most of the statuettes are zoomorphic and anthropomorphic, depicting animals and humans. The museum also preserves the oldest marble statuette found on the territory of Bulgaria that dates back to the 6th millennium BC. It is a figure of a female with a massive lower body which is evidence of a cult to fertility and the Mother-Goddess. Some of the idols discovered are depicted with raised hands, which was a typical prayer position for the followers of the Sun cult.

The models of span-roofed houses with windows from the Neolithic Age found during archaeological digs that provide extremely valuable data as to the structure and the appearance of ancient buildings can also be seen in the museum.

The museum is a branch of the Regional History Museum of Stara Zagora. The site was declared an archaeological monument in 1998.