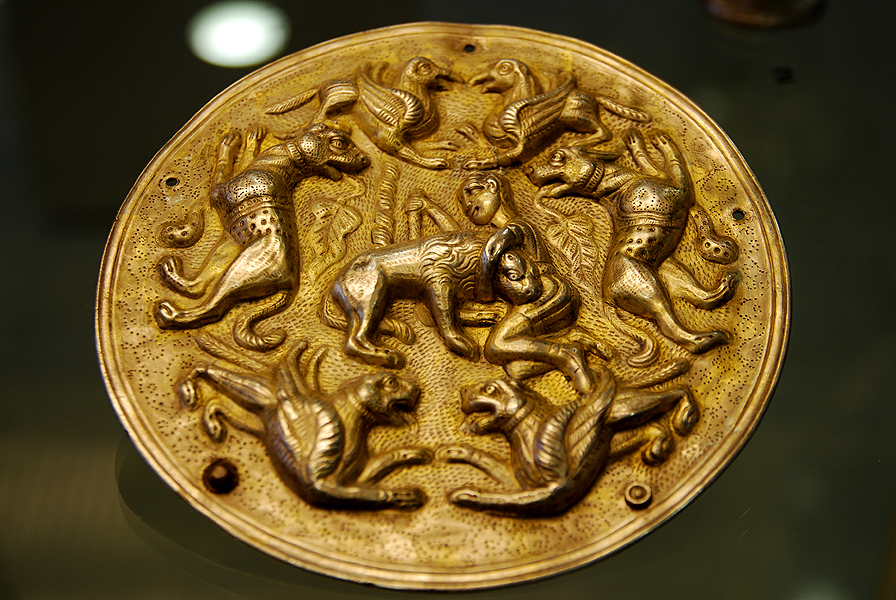 The regional historical museum in Stara Zagora is situated in the center of the town. Thousands of important exponents are stored in its fund. The museum windows trace the historical epochs. The Stara Zagora region has been inhabited since antiquity. Evidences of this can be seen in the first exposition hall of the museum. The earliest evidences of settlement are from the Late Stone Age – 6 thousand years BC. A special map shows the location of more than 120 pre-historic settlement mounds, found up to the present moment in the town region, as five of the mounds are situated within the borders of the contemporary town. Tools made of antler, bone and flint, ceramic pots with interesting shapes and decorations are presented.

The Roman period of the historical development of the Stara Zagora region began in the 46th year AD when the region was conquered by the Romans. In 107, after the victory upon the Dacians, Emperor Trayan passed through this area and decided to build here a town according to a Roman model, which he called Augusta Trayana. The town was semi-autonomous; it had its own town council and public assembly. The museum keeps impressive exponents from this period, found during excavations – glass, bronze lamps, statues, jewels, coins.

During the construction of the new museum building, workers stumbled upon an interesting find – they found in the very bases of the building a part of the main street of the Roman town – cardo maximus – which was connecting the South and the North town gate. The part, found under the museum, was situated 30 meters from the South Gate in the fortified wall, surrounding Augusta Trayana. Specialists restored and preserved it, and nowadays it can be seen in the underground level of the museum – exposed “in situ” – where it had been found. The street was about 6 meters wide, and there were stone pavements, by which the width reaches 11 meters. The exposed street is decorated as it was in the past – by columns, statues and stone relieves, and a wall pane pictures its continuation to the presently missing South Gate of the town.

The other exposition halls in the museum trace the town history and its destiny during the late antiquity, the Middle Ages and the Revival to the moment of the great fire, which destroyed it almost entirely in 1877. In the summer of 1877 one of the greatest battles during the war between Russia and Turkey (1877-1878) was conducted by Stara Zagora. Despite the braveness and the heroism of the Russian and Bulgarian warriors, the Ottoman armies, led by Syuleyman Pasha, conquered the town and set it on fire. After the liberation on 5 October 1879 the first stone was laid for the restoration of Stara Zagora. This date turned into an official day of the town, which was born from ashes for a new life.

Various information materials are sold in the museum.