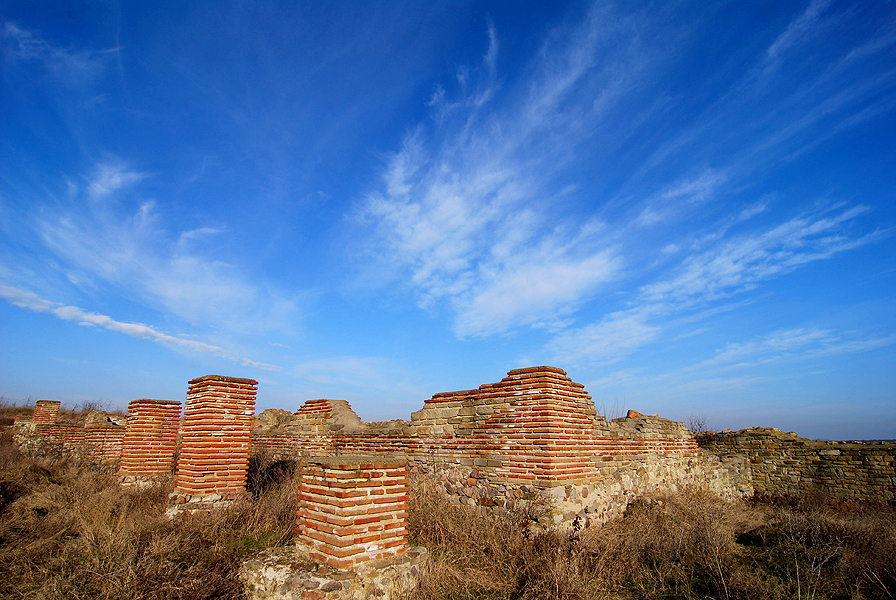 The remains of the antique town of Kabile are situated at a distance of 8 km from the town of Yambol. The place was declared an archaeological reserve of national significance by issue 24 of the State Gazette of 1969. The first research in the region was performed in 1912. Kabile was one of the sites of the Regional Historical Museum in the town of Yambol. The territory of the archaeological reservation occupies an area of more than 600 decares.

Kabile was established in the end of the 2nd millennium BC near a large cultural center at the height of Zaychi peakDuring antiquity the town was an important economical and cultural center in South-east Thrace and Lower Tundzha.

According to the historical evidence, Kabile was conquered by Philip of Macedonia in 341 BC, and later for a certain period of time his son Alexander III the Great of Macedonia resided here. During the first half of the 3rd century BC, Kabile was a residence of the Thracian tsars Spartok and Skostok. Kabile was also the only town in the internal part of Thrace, which had its own monetary house, where royal and town emissions were coined within the period 3rd – 2ndcentury BC.

After it was conquered by the Romans, in the beginning of the 2nd century AD, Kabile was turned into one of the most important Roman camps in the Thracian province.

The town ceased to exist after the Avars demolished it in the end of 6th century AD. In contrast to other ancient towns, no contemporary settlement was built on the territory of Kabile, and this turned it into an easy for exposure and excavations site.

The finds made in the region are exhibited in the archaeological museum of the reservation. The open air excavations which can be viewed without paying an admission fee include remains of basilicas and churches, fortified walls and public buildings.