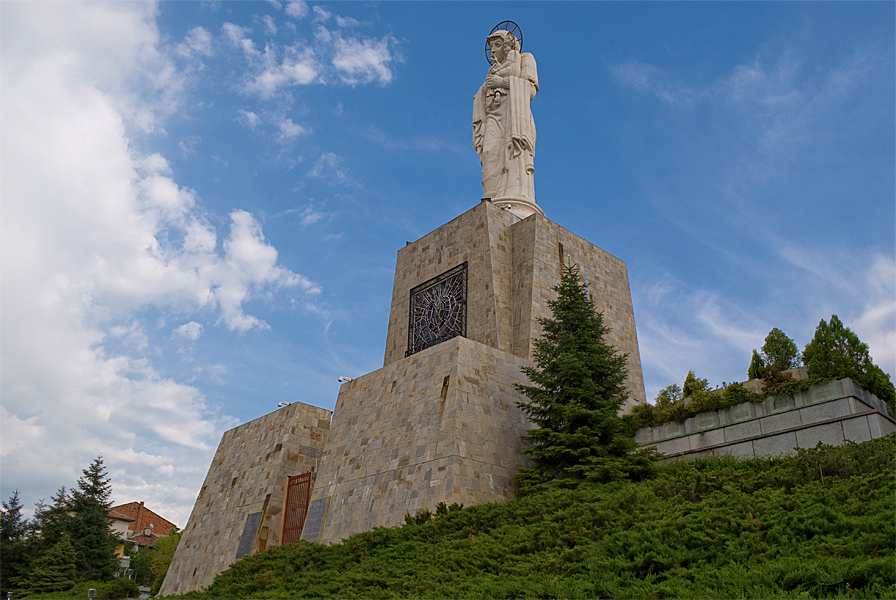 The tallest statue of the Holly Mother and Child in the world is located in the town of Haskovo. The symbolism is not randomly chosen. The Mother of God has always been regarded as the patroness of Haskovo.

The monument was erected on Yamacha Hill within the borders of the town and holds a certificate from the Guinness Book of World Records.

The unique statue is 14 meters high, standing on a 17-meter pedestal. The total height of the monument is 32.8 meters and its lower part forms a chapel. The whole structure weighs 80 tons.

The religious complex was inaugurated with a special moleben (service of intercession)  on 8 September 2003 and in 2005 it was entered into the Guinness Book of World Records.

As of 2009 the monument is one of the must-see 100 Tourist Sites of Bulgaria.

In 2010 a bell tower was constructed next to the statue of the Virgin Mary. With its height of close 30 meters, it is one of the highest bell tower on the Balkan Peninsula. 8 bells of varying sizes grace its belfry. The bell tower is open for tourists and its highest point allows a magnificent view of the town.