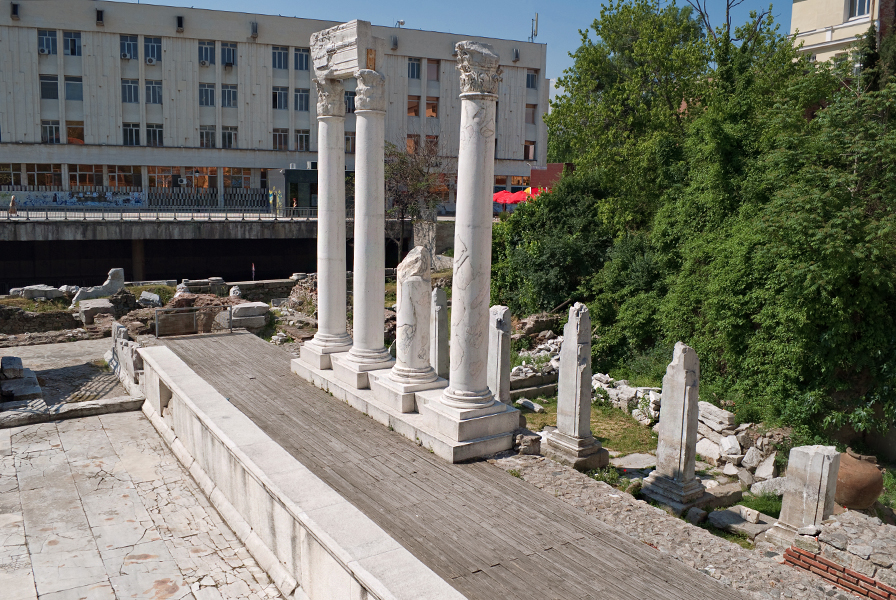 The ancient forum with Odeon in Plovdiv is situated on General Gurko Str., north of the central post office and the central office of the tourist information center.

The forum complex, parts of which can nowadays be seen from both sides of the central post office, is the largest in Bulgaria. It was built in the end of the 1st century AD, when Philipopolis obtained a new city planning scheme and a center (forum) according to a Roman model. It covers an area of 11 hectares and used to be covered with shops of the similar sizes on three of its sides and public buildings on the north side.

The Odeon is situated in the northern part of the Forum. The ancient Odeon has 300-350 seats and served as a domicile of the City Council in Philipopolis. Later it became a theater.

Nowadays the Odeon is used for theatrical, musical and literary events such as the Antique festival, concerts of the Trakiya ensemble, choral group “Evmolpea”, art group “Slavena”, book festival “Plovdiv Reads”, the fashion festivals of the national fashion chamber.