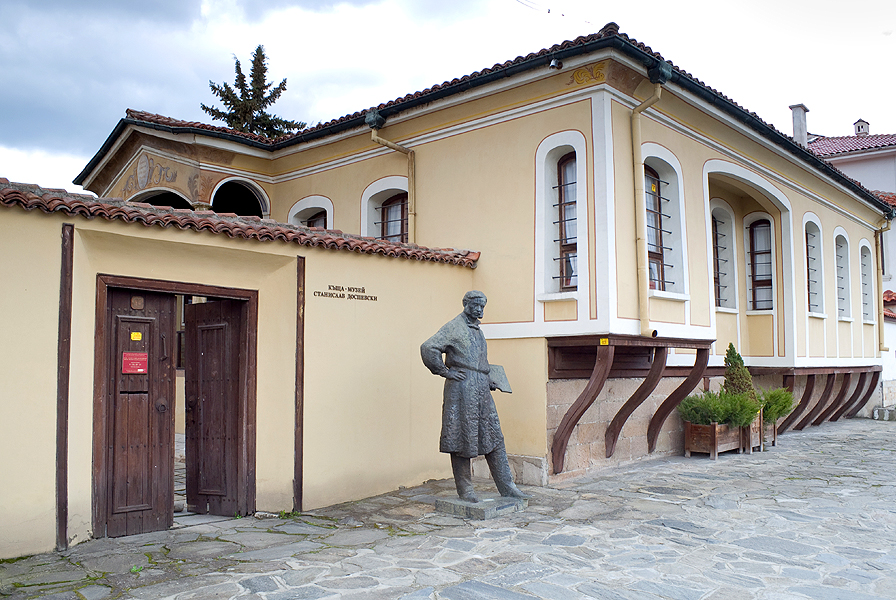 The Museum House “Stanislav Dospevski” is the only Bulgarian museum dedicated to this artist from the age of Revival. The building was constructed in 1864 by builders from Bratsigovo. The house is two-storey high, made of sun-dried bricks, with six rooms and a parlor, typical for the period of Revival.

Stanislav Dospevski was born in Samokov in 1823. He belongs to a family of icon painters – he is the son of Dimitar Zograf, a grandson of the founder of the Samokov School of Fine Arts – Hristo Dimitrov, and a nephew of Zahari Zograf – one of the most renowned Bulgarian artists and icon-painters. He initially studied in his native town – Samokov, later in Plovdiv, and he obtained his academic education in Moscow and St. Petersburg. His real name is Zafir Dimitrov Hristov, which he changed after his return from Russia. His surname is borrowed from the native village of his grandfather – village of Dospey, which is situated near Samokov. He also lived in Pazardzhik and Plovdiv.

Dospevski is one of the first Bulgarian artists and icon-painters with academic education. He turned into a founder of the refined portrait painting in the second half of the 19th century. The prominent artist participated in the national movementfor liberation from the Ottoman dominion. Due to this activity he was arrested and thrown in the Mehterhane prison in Istanbul, where he died in 1878.

Nowadays the visitors can go over the six premises of the house. Objects and belongings from the life of Dospevski and his family are exposed there. Among the most interesting and valuable exponents are the pieces of art made by the artist.

There are three wall-paintings in the house entitled The Golden Horn Channel in Istanbul, the Square with the Monument of Pushkin in Odessa and Replacement of the Guards in front of the Imperial Palace in St. Petersburg, painted in 1866.

The portraits of the Dospevski family are placed in the portrait room of the Museum House “Stanislav Dospevski”.

Only here one can see the masterpiece of Bulgarian painting – the portrait entitled “Domnika”, the certificate and the golden medal of Dospevski from the St. Petersburg Academy of Arts.

The museum house was declared a museum in 1952, and an architectural monument in issue 37 of the State Gazette of1964. In 1966 it became a branch of the Gallery of Arts “Stanislav Dospevski”, town of Pazardzhik. The museum is one of the 100 National Tourist Sites in Bulgaria.