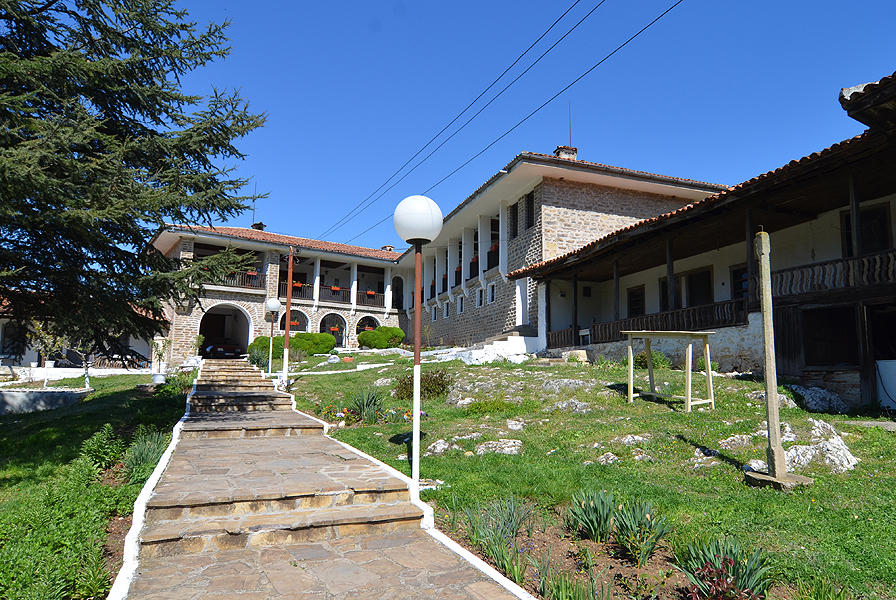 The monastery “St. Athanasius” is situated on a hill above the village of Zlatna Livada, at a distance of about 15 km from Chirpan.

It is believed to be the oldest monastery in Europe, according to historical evidence Saint Athanasius, Archbishop of Alexandria had personally established the monastery in 344. He had visited the Bulgarian lands in relation to the Universal Gathering in Serdika in 343 – 344. According to his biography, he had lived near Beroe (today’s Stara Zagora) and founded the monastery. The place for construction of the monastery had not been chosen accidentally – the holy monastery was once situated near an important road between Constantinople and Serdika. also, there was an important fortress above the monastery, the remains of which can be seen to the present day. There was a Thracian nymph sanctuary nearby – a sanctuary dedicated to nymphs, which was turned by St. Athanasius into a Christian water sanctuary. Even nowadays it is believed that the water from the monastery spring has a curing property

During its centuries-old history, “St. Athanasius” was built and demolished a number of times. In the 1980s a new, large building of the monastery was constructed. According to the legends, Vasil Levski (1837 – 1873) and other participants in the national liberation movement against the Ottoman dominion were hidden here in the 19th century.

The Egyptian icon of St. Athanasius is stored in the monastery. It was given as a present in 2003 during the visit of the Alexandrian Patriarch Petros VІІ. Another valuable article is a copy of the Reims Gospel.

The Monastery St. Athanasius is an active girl’s monastery. It has two temple celebrations – 18 February, 2 May and 14 October. Accommodation is also offered in the holy monastery, but only upon a preliminary request.

The visitors can learn more about the history of the monastery from the informational brochures which are sold in the church.