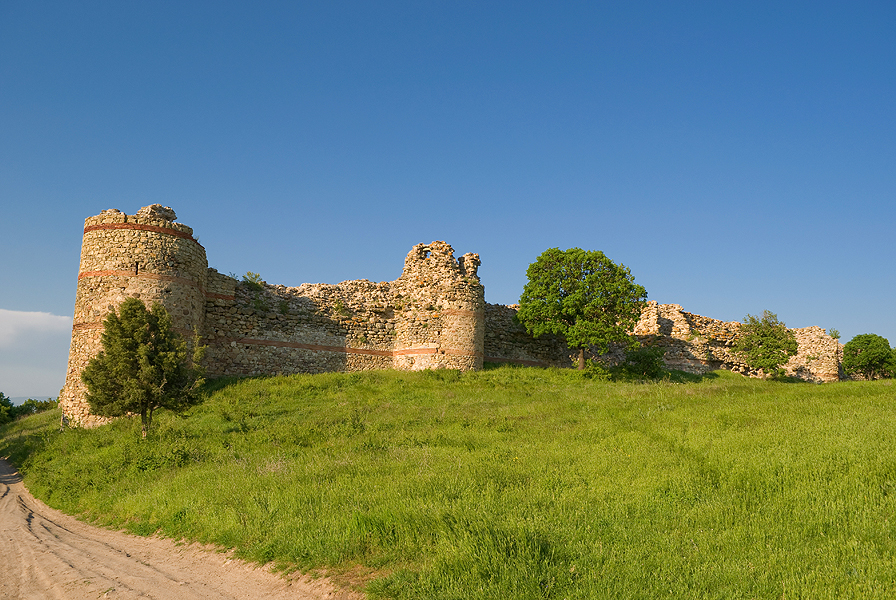 Near the village of Mezek (Svilengrad Municipality), on the Kaleto hill stand the ruins of a medieval Byzantine fortressfrom the end of the 11th century AD. It is the best preserved defensive installation in the Rhodope mountain. The fortress had the functions of a border guarding fortress. It defended the territories between the rivers Maritza and Arda. It is located in the end of Mezek village, 6 kilometers southwest of Svilengrad and only a kilometer of the border with Greece.

Some historians believe that this is the famous fortress Neutzikon, known from written sources; others believe that at that place lied the Versinikiya fortress, where Khan Krum defeated the Byzantine army in 813 AD and conquered Thrace.

Objects, dating back to the 11th century were found during several archaeological excavations. The fortress is believed to be constructed during the reign of the Byzantine Emperor Alexius I Comnenus (1081 – 1117). The fortress walls surround an area of about 7 decares in the shape of an irregular rectangle with sizes of 110/60 meters and are built of stones, soldered with white plaster, decorated with three brick bands on the outside. The fortress wall ended with pinnacles, which were preserved until 1900.

The fortress defense was reinforced by nine round towers, over 10 meters high. Five of the towers were located at the southern wall (two edge towers and three on the front), two at the western wall (in the middle and at the main entrance), one at the northern and one at the eastern wall. The fortress functioned until the Ottoman invasion in the end of the 14th century. It was planned to be a solid fortification unit and was home to many people. Several granaries with charred corn were found, where food supplies used to be stored. Numerous are the discovered iron arrowheads, spurs and horseshoes, which testify the presence of garrison soldiers. Stone mills, metal instruments and other items tell us about the way of life of the ordinary people.

The fortress near the village of Mezek was quite well preserved until the beginning of the 20th century. A part of it was destroyed by 1900, when stones were taken from it to build the Turkish barracks in Svilengrad. The northern wall suffered the most. It is preserved at the terrain level at the inner side. The southern, western and eastern walls are preserved at the height of the platform, where the pinnacles stood.

The fortress was declared a national antiquity and an architectural building monument of the ancient and medieval times; the declaration was promulgated in the State Gazette, in issue 221/1927 and issue 67/1968. Restoration and conservation activities were carried out in 1973 and in 2007. A tourist information center, offering information and brochures, was built.

Besides the view to the village and the surrounding area, in clear weather from the towers a view of the Aegean Sea can be seen.

Mezek village is located about 11 kilometers southwest of Svilengrad. Its name was documented for the first time in the Ottoman registries in 1582 AD. After the liberation of Bulgaria in 1878, under the Berlin Treaty, the village of Mezek remained within the borders of the Ottoman Empire. In 1913 the Bucharest treaty returned Mezek to Bulgaria.

The tourist path from the village to Sheynovets peak guides the nature and history admirers to the place, where in 1912 the Balkan war started.

The village offers a diversity of accommodation and restaurants.