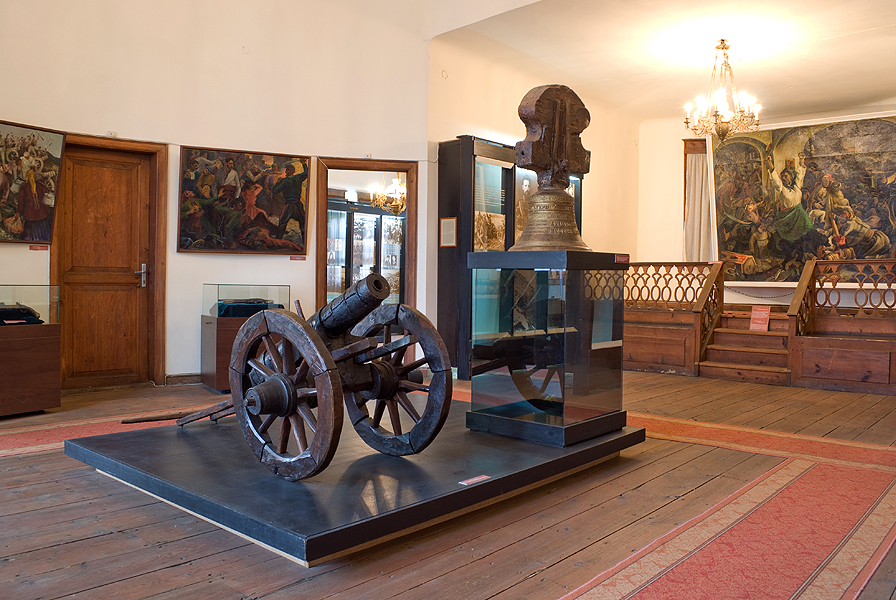 The History Museum of Plovdiv was founded in 1951. Its purpose is to keep and preserve the cultural treasures and the history of Plovdiv and Plovdiv Region covering the period 15th – 20th centuries for the generations to come. It includes four exhibitions set up in different buildings in the centre of the city: Bulgarian Revival, Book Publishing in Bulgaria during the Second Half of the 19th and the Beginning of the 20th Centuries, Unification of Bulgaria 1885, and Modern History Museum Centre. The four collections were compiled in different periods and were joined together in 1993.

The Book Publishing in Bulgaria during the Second Half of the 19th and the Beginning of the 20th Centuries Exhibition was opened in 1975. It is housed in Hristo G. Danov House-Museum. Danov (1828 – 1911) is regarded the founder of book publishing in Bulgaria and the main textbook supplier to schools during the Revival Period. This section of the museum contains over 5000 volumes of books, unique editions, geographical maps, school pictures and aids, everyday items, personal belongings and the correspondence of Hristo Danov and his publishing house, etc. There visitors will find a recreation of a classroom from the Bulgarian Revival Period and a recreation of the study of the renowned publisher from Plovdiv. The building of the museum is very interesting itself – it is an example of the richly ornamented Plovdiv symmetrical house.

The Modern History Museum Centre has been part of the History Museum since 1948. It is housed in the building of a former officers’ club. The exhibition follows the development of the city since the Liberation (1878) until the end of the 1940s. The museum also keeps a rich collection of unique Japanese dolls. The collection is called The Soul of the Japanese Doll and was gathered with the help of the Japan International Cooperation Agency.

Except for the Unification of Bulgaria Exhibition, all other exhibitions are located in Ancient Plovdiv Reserve (the old town). The tour around these exhibitions not only enriches the visitors’ knowledge with historical facts, but it allows them to touch upon the unique spirit of the Bulgarian Revival Period with its beautiful architecture and the preserved streets and buildings.