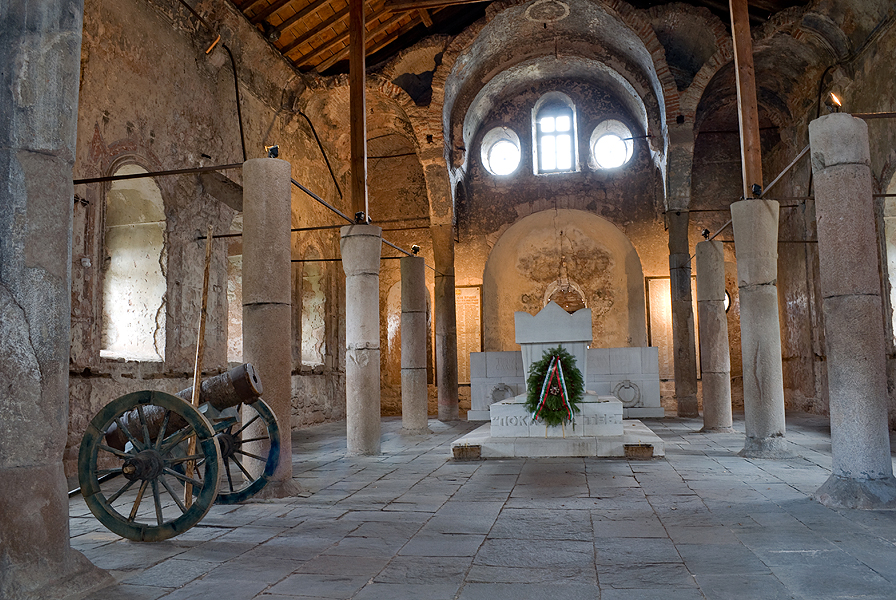 The town of Perushtitsa is situated in the outskirts of the Rhodope mountain, at a distance of 21 km from Plovdiv.

The historical museum in the town of Perushtitsa is situated in the very center of the town – opposite to the community center. It was established in 1955, in order to preserve a part of the rich history of this ancient settlement.

The complex includes four halls. The exposition of the museum traces out the course of development of the settlement from the Neolith (6000 years BC) to its contemporary look. The ethnographic exposition introduces the style of life of the local residents: labor tools, clothes, pots, jewelry.

Special attention is paid to the period before the Liberation (1878). Interesting items are the original revolutionary uniform from 1876, the gun of Spas Ginov (one of the victims of the Perushtitsa slaughter during the suppression of the April Uprising of 1876, who first murdered his family, then himself, in order to protect them from the grip of the Ottomans), the painting entitled “The Defense of Perushtitsa” by the painter D. Dobrev, personal belongings and guns.

A part of museum is the church “St. Archangels Gabriel and Michael”, in which during the April Uprising the residents of Perustitsa were hiding and for 7 days they were fighting for their life and freedom. It was built by constructors from Bratsigovo in 1847 – 1848. The bones of the revolutionaries are kept in a stone sarcophagus. At the east wall there is a large marble slab where the names of the killed people are inscribed, and near the sarcophagus is placed the sculpture group called “Kocho”. The rebel Kocho Chestimenski is one of the many Perushtitsa residents, who put an end to their lives together with their families, to save themselves from the Turks.

Another interesting landmark, situated in a close proximity to the Church, is the Danovo school – the first class school in the town. In 1876 the school was turned into a hospital, functioning with the funds of Lady Emily Strangford (an English social figure who organized the collection of funds for the harmed Bulgarian population after the suppression of the April Uprising).

Above the town, on the Vlasevitsa hill, a majestic monument is raised – Monument of Three Generation. It was built to the memory of the people killed during the April Uprising. It is situated at a distance of about a kilometer from the town – one can reach it by an asphalted road – by car or on foot. A view to the entire locality, the city of Plovdiv and the Rhodope Mountain opens from the monument.