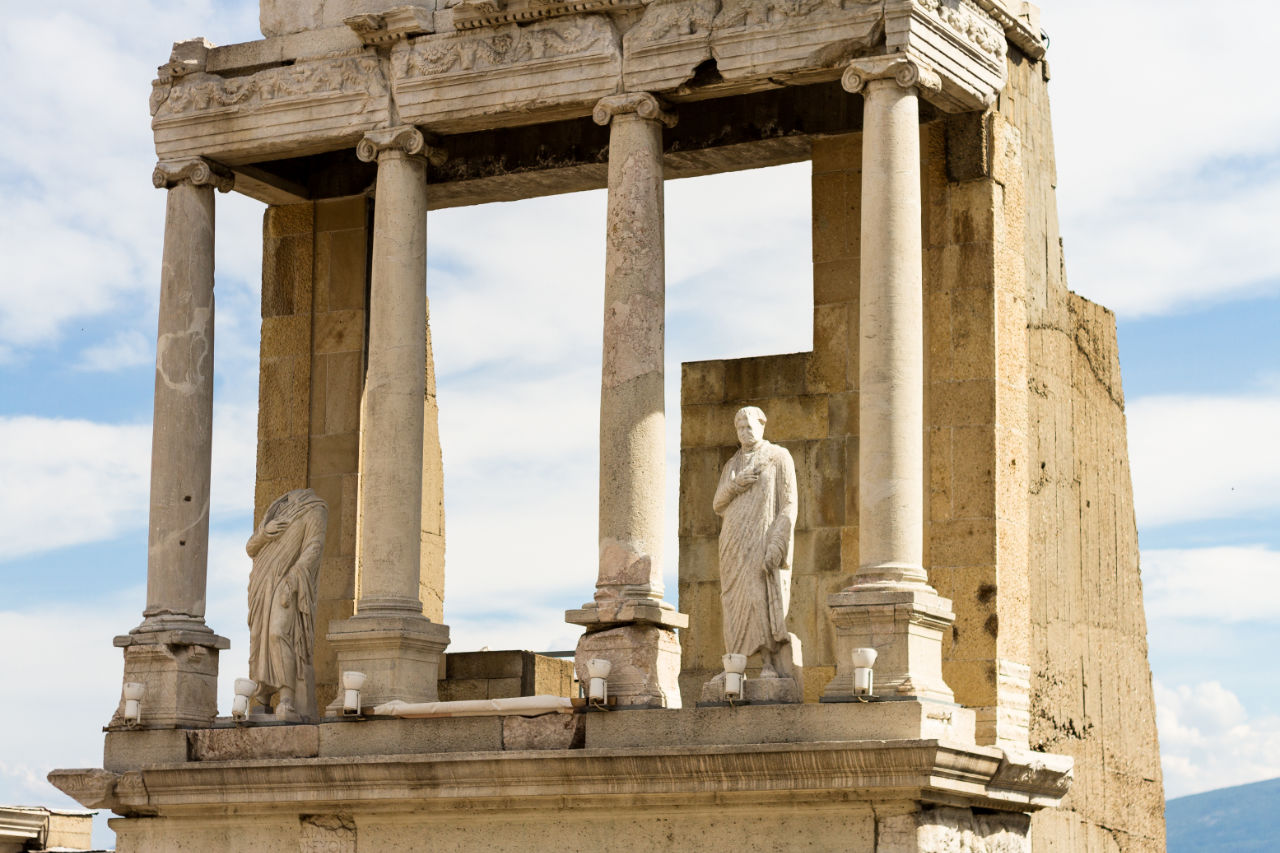 The Antique Theater in Plovdiv is situated in the Old Town, in the saddle between the two hills – Dzhambaz and Taksim Tepe. It was built in the beginning of the 2nd century AD during the ruling of Emperor Trayan (98 – 117 AD). It is one of the best preserved antique theaters in the world. It was declared an archaeological monument in issue 6 of the State Gazette of 1995.

Its visible part (the theatron) is amphitheatrically situated and separated into two ranges – each consisting of 14 rows of seats, made of marble. The seats are divided into sectors by the staircases, descending to the stage. The two ranges are divided by a wide horizontal path (diazoma).

A two-storey construction called skene (a dressing-hall for the actors) with side wings that rise from the side of the stage. Inscriptions and exquisite statues which are now included in the building architecture were found. This antique theater was used to accommodate 5 to 7 thousand viewers.

A large part of the construction was demolished at the end of the 4th century by fire or an earthquake, after which 20 of 28 rows of the amphitheatrical theatron remained. Due to the total demolition of the scene, it was reconstructed after comprehensive archaeological research.

Nowadays the antique theater is adapted to the contemporary cultural life of Plovdiv and accommodates about five hundred viewers. It is the most emblematic monument of the constant cultural and historical continuity conducted in the city over the centuries.

The tourists are attended by tour guides; guided tours are conducted in Bulgarian, English, German, French, Russian and Czech language. Guided tours are only conducted after a preliminary request in the Balabanov’s House which is situated on 57 Dr. K. Stoilov Str.

Information materials and souvenirs are sold at the theater entrance.