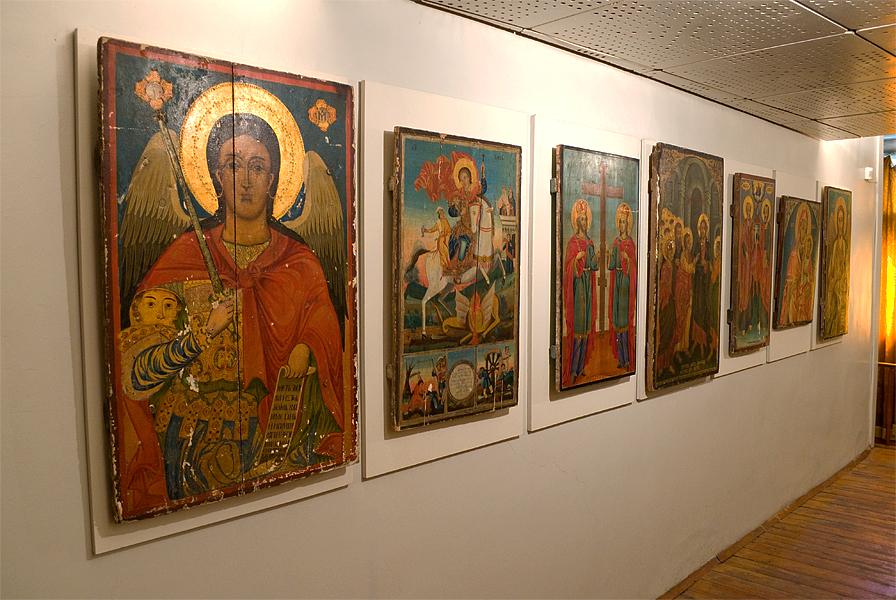 The Ethnographic and Archeological Museum in Elhovo is located in the city center. The museum is housed in two two-story structures that were built in 1933 and connected in the 1960s.

The museum pursues, preserves, and popularizes various aspects of ethnographic research in the Elhova region and throughout most of the Sakar area in Bulgaria’s Strandzha region.

The museum’s holdings include some 22,000 items, arranged in exhibits designated as “Agriculture and Herding”; Dwellings and Habitations”; “Transportation, Hunting, and Fishing”; Clothing and Decorative Art”; “Traditional

The museum has over 8,000 original documents and photographs in its archives, including family memorabilia from the liberation movement in the region in 1878 and continuing to the present day, and documenting the lives of Bulgarians who have immigrated to the region from the Odrin and White Sea areas.

The Elhova Ethnographic Museum is among the 100 most important Bulgarian tourist destinations.

The museum’s exhibits are displayed in four halls. The first hall presents items from the 19th and early 20th century, with an emphasis on the occupations and handicrafts of the population – agriculture; wine production; growing tobacco; herding; hunting and fishing; copper-working (the use of copper to decorate vessels and make other objects of copper); and needlework (making and decorating clothing).

The dwellings and habitations from the end of the 19th century to the early 20th century may be viewed in the second hall. The third hall presents clothing characteristic of the region’s inhabitants, and also presents clothing of those who immigrated from the Odrin and White Sea regions – from such places as Gyumyurdzhie, Uzunkiyurpie, and Dedeagachko. The fourth hall is dedicated to holidays and festivals, such as wedding ceremonies, The Feast of Lazarus, Christmas, and others. The exhibition concludes with woodcarvings and icons from the 19th century, which are the work of masters from the region.

The museum also organizes photographic exhibits, seminars and colloquia, multimedia presentations, films about holidays and customs, and other events.

The rich archeological heritage of the Elhova region is housed in its own exhibition hall.

The artifacts on exhibit there demonstrate the culture that has developed over thousands of years in the Lower Tundzha, the region between the Strandzha and Sakar Mountains.