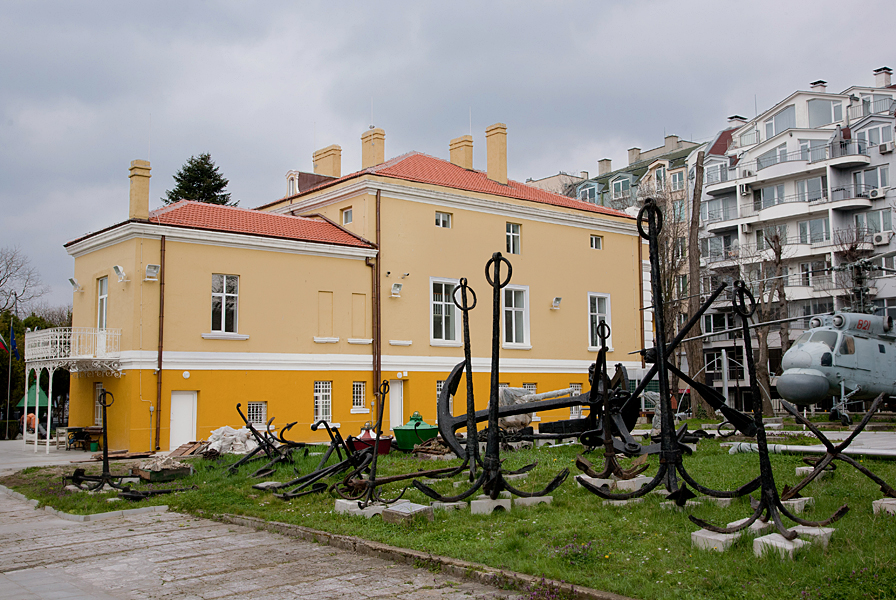 The Naval Museum in Varna is situated at the sea shore, in the southernmost point of the Sea Garden. Through its halls, open expositions and all of its performances the museum aims to store, present and popularize the sea capital of Bulgaria.

Since 1955 the museum has been included in the Ministry of Defense as a branch of the National Museum of Military History. The building, in which it is housed today, was constructed at the end of the 19th century and is an architectural monument.

In its expositions the museum presents naval Bulgaria in its wholeness. The most important moments and processes of the naval activities of the Bulgarians, the construction of the naval fleet, the participation of our seamen in the war between Serbia and Bulgaria (1885), the Balkan War (1912 – 1913), the First World War (1914 – 1918) and the Second World War (1939 – 1945) is presented on a relatively small area of about 400 square meters.

Special attention is paid to the significant victory on 21 November 1912 when the torpedo boat Drazki successfully torpedoed the Turkish cruiser Hamidie in the Black Sea.

The museum visitors can see original ancient anchors and shop remnants, found on the bottom of the Black Sea; ship head decorations; uniforms of seamen and officers. Desk models show the diversity of the ship collection of the naval and the commercial fleet in various periods. Naval flags, torpedoes, optical devices of lighthouses from the Bulgarian shores, medals, etc. are presented. Apparatuses and instruments show the complexity of the specifics of naval professions such as navigation and shipbuilding.

In an open-air exposition at the museum the visitors can see the museum ship Drazki; a torpedo cutter 123-K; a mine-sweeping cutter constructed during the Second World War according to a Bulgarian project; the sailing yacht Kor Karoli by which in 1976-77 captain Georgi Georgiev performed the first individual Bulgarian sailing around the world. A collection of various types of sea mines, boat and coast cannons, anchors, etc. are presented. The helicopters MI 4M and KA 25 C which had served in the Bulgarian water-plane aviation are also exhibited here.

The Naval Museum is included in the list of the 100 National Tourist Sites.