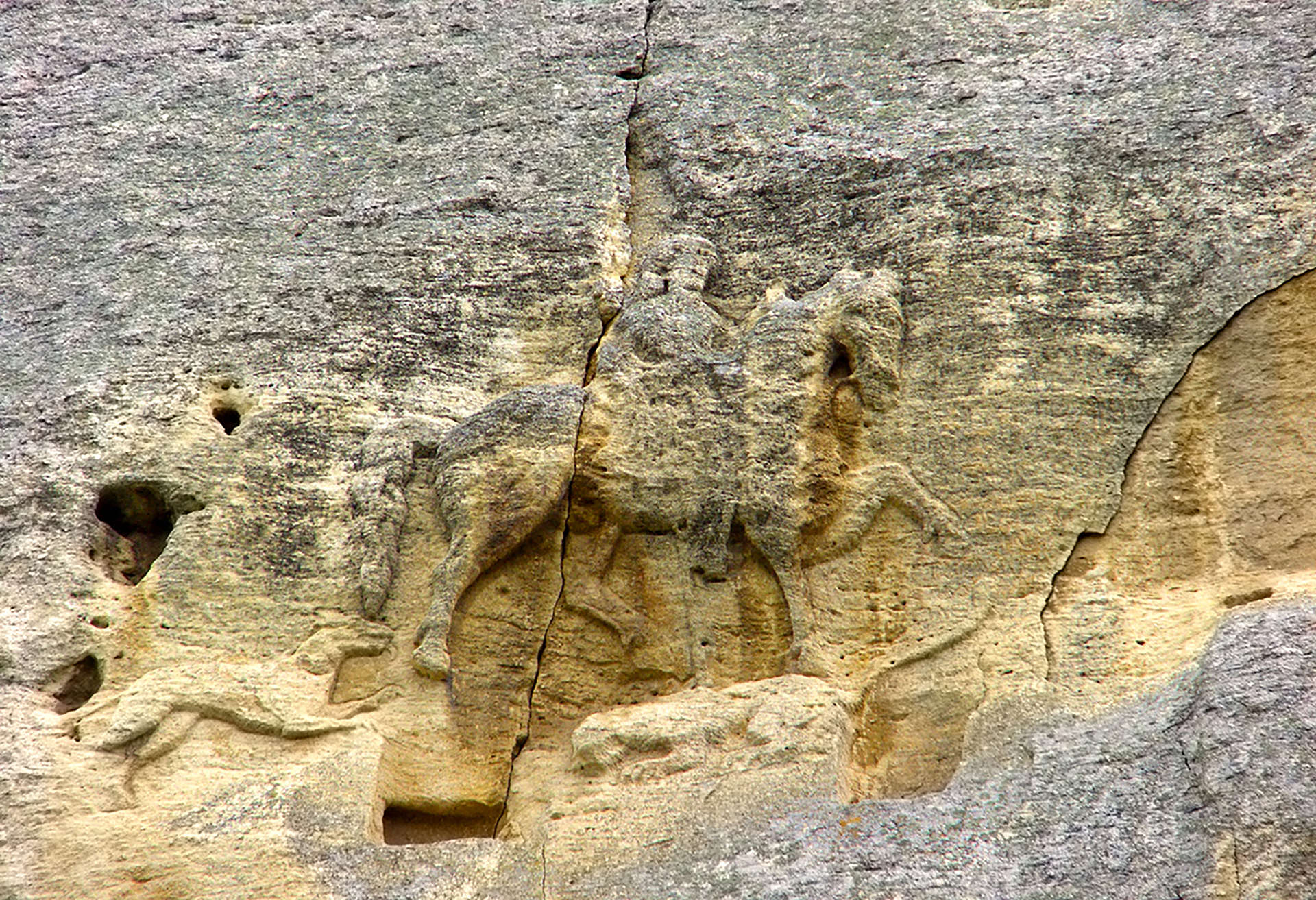 The Madara Horseman is a rock relief carved in the 8th century AD. On a vertical rock at a height of 23 m. Steps to the left of it lead to the Madara Plateau.

The dimensions of the image are 2.6 m in height and 3.1 m wide at the base. It depicts a horseman, a lion, a dog, an eagle and inscriptions in Greek. It is located near the village of the same name, 18.2 km from Shumen and is part of the National Historical and Archaeological Reserve “Madara”.

There are many legends about the creation of the Madara Horseman that are not proven true. According to one of them, the bas-relief depicts Khan Tervel as a victorious warrior. Some scholars suggest that the rider may not be a specific khan, but a collective image of the Bulgarian triumphant ruler or the hero horseman from the mythology of the steppe people, and perhaps even the god Tangra.

The composition is the only rock relief in Europe from the Early Middle Ages and is carved with incredible mastery in the rocks. The ancient Greek inscriptions around it tell about the exploits of the three Bulgarian khans – Tervel, Krum and Omurtag. The rock on which this monument is carved is sandstone, which is sensitive to erosion processes and the relief is quite damaged.

The Madara Horseman is included in the UNESCO World Heritage List, and in 2008 was named a Global Symbol of Bulgaria.