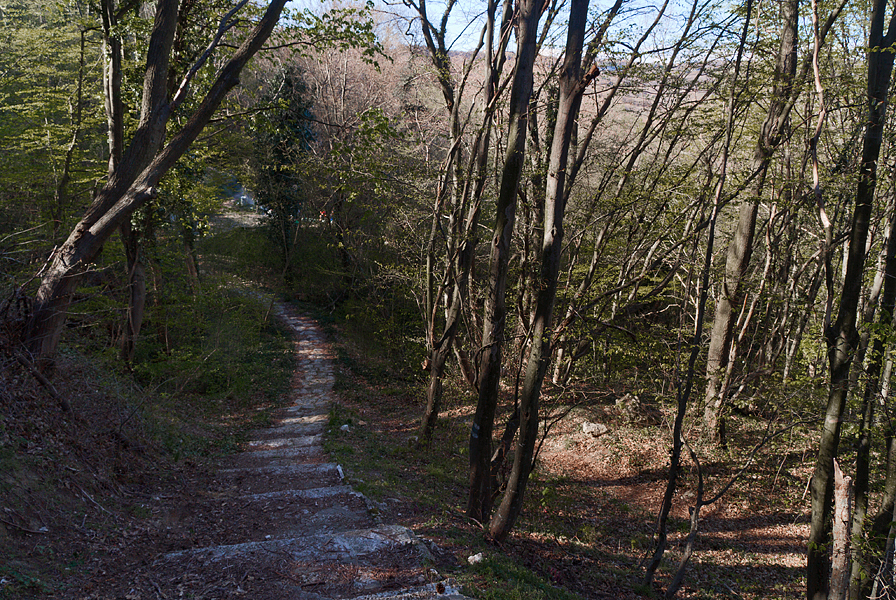 The smallest Natural Park in Bulgaria is called Zlatni Pyasatsi (Golden Sands). It covers an area of 13.2 square meters and is located 17 kilometers northeast of the sea capital Varna, along the seashore. The Natural Park surrounds the resort complex of Zlatni Pyasatsi. The park is 9.2 kilometers long, and its average width is 1.2 kilometers. Its highest point is 269 meters above sea level, and its average altitude is 110 meters.

The park was established on the 3rd of February 1943, when by a decree of the Ministry of Agriculture and State Properties a part of the Hachuka State Forest, with an area of 2.4 square kilometers, was declared National park Zlatni Pyasatsi. Its main purpose was to preserve and protect valuable plant and animal species along with the typical landscapes. The Natural Park is a protected area for protection of the natural habitats and wild fauna and flora. It is a part of the ecological network Natura 2000.

The park climate is continental Mediterranean, which means that it has a cool spring, warm summer, a long, warm and long autumn and mild winter with little snowfall. The average temperature in January is about 1°С. Summer there is warm and mostly sunny. The average monthly temperatures during the summer range from 21-22 °С. Autumn is warmer than spring by 4-5°С. The average yearly temperature is +11.6°С.

About 50 algae species have been discovered. The presence of the red algae Audouinella chalybaea only in Kovshakfountain is a proof of the good ecological status of the waters in this area of the park.

The following species can also be seen in the park: Myxomycota, or Myxogastria, Ascomycota – Sac Fungi and Basidomycota – Higher Fungi, along with 77 other species and more than 500 species of higher plants.

More than 150 species of medical plants can be seen in Zlatni Pyasatsi Natural Park.

The fauna is represented by 621 invertebrate species, 11 reptile species, 122 bird species, 46 of which are continuously breeding and 40 are migratory, predatory, etc.; 27 small mammal species, 14 large mammal and bat species.

Five special and five tourist routes have been developed for tourists and nature lovers. They present the biological and landscape diversity of the site and are suitable for hiking, natural cognitive tourism, biking, children’s tourism, photo tourism, tourism for people with special needs. Recreational sites are built along the routes – sheds and gazebos with benches, tables and fireplaces are located near ancient fountains. There are many viewing places in the park, which reveal the sea, the park and resort panoramas.

The most famous tourist site in the region – the rock monastery Aladzha Monastery – is located in the southwestern part of the park. Remains of a basilica and medieval fortresses were discovered in the park.