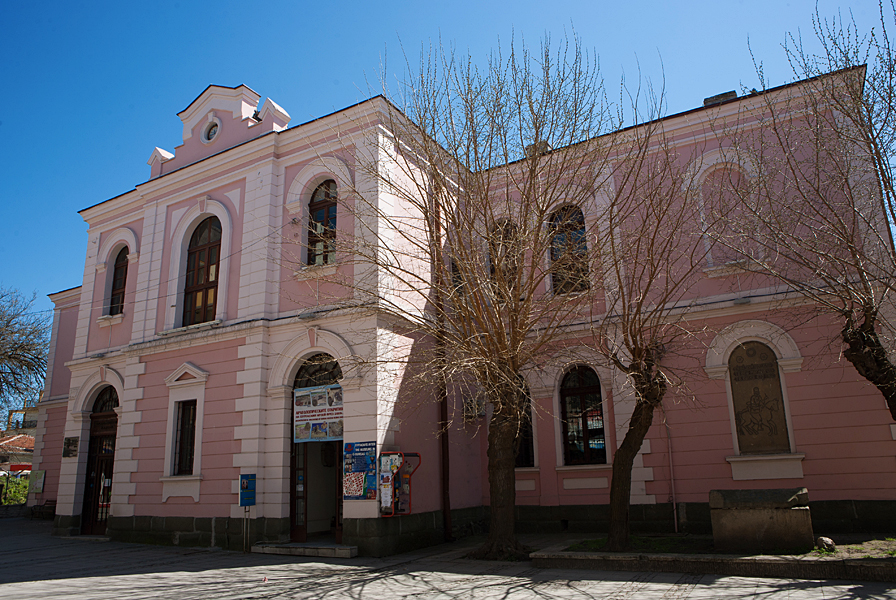 The Burgas Archeological Museum is part of the regional complex that also includes the museums of ethnography and history.

The Archeological Museum is located in a former girls’ school that was built in 1894. It was designed by the Swiss architect Herman Maier, who also designed banks in Sofia, Plovdiv, and Russe.

The exhibition displays artifacts from a prehistoric settlement that dates to the 4th-5th   century BCE, an ancient Thracian city, the tiem of Greek colonization of the region, and the Roman Empire.

The oldest artifacts at the museum are implements of stone, flint, and bone from the Neolithic Age, the Stone Age, and the Bronze Age that were recovered during excavations of tombs. A sunken Bronze Age city (3rd century BCE) discovered in Burgas Bay yielded many examples of stone anchors of varying sizes, attesting to the development of maritime activity in the area throughout this ancient era. Near the village of Cherkovo, not far from Burgas, bronze ingots of the Minoan type were uncovered, evidence of trade relations between the Minoans and Thracians during the 15th-13thcenturies BCE.

At the ancient settlement of Antiy, now a Burgas military installation, a statue of the god Apollo was unearthed that is also on display in the museum.

Of particular interest is the museum’s third exhibition hall, dedicatred to Thracian cultic practices during the time of Roman rule in Thrace (1st-3rd centuries CE). There is a display of treasure found in a Thracian tomb of that era that was discovered near Pomorie. The tomb belonged to the Thracian priestess Leseskapra, whose name is inscribed in Greek letters on a pair of golden earrings. Also discovered in the tomb were ritual earthenware figures related to the priestess’ duties. The collection also contains marble reliefs and figurines of various gods, the most notable being the preeminent Thracian god known as the Thracian Horseman.

Near the present-day village of Debelt about 18 km from Burgas, the remains of the ancient city Deltum were found. Coins, pottery, and ornaments from Deltum are on display in the museum. Excavation of a tomb in a Burgas region kown as Salt Marsh uncovered a wealth of earthenware vessels, some for domestic use and others for religious rites.

The museum also has an outdoor exhibit, where visitors may see one of the museum’s most impressive displays, the unique reconstruction of a Thracian tomb from the 13th century BCE that was discovered in the village of Belevren. Visitors may also view memorable marble stellae from the gravesites of those who lived in Burgas from the 17th to the 20th centuries – Bulgarians, Greeks, Jews, Armenians, and Turks.