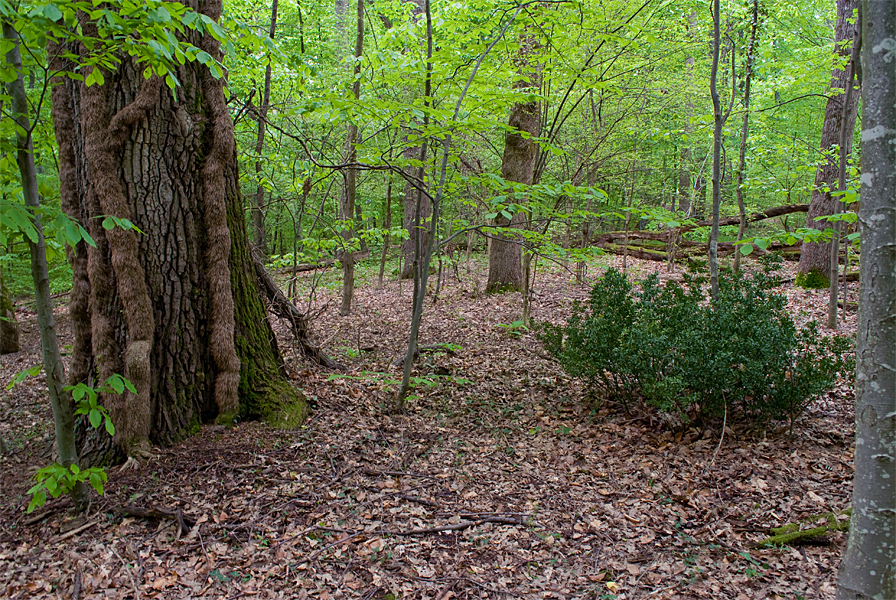 The Silkosiya Reserve is the first reserve in Bulgaria. It was declared by Decree No 8485 of 29 June 1933 of the Ministry of Agriculture and State Properties as “strictly guarded state forest “Gorna Elenitsa – Silkosiya”” within the locality of the village of Balgari and village of Kosti, municipality of Tsarevo, county of Burgas, with area of 10,226 dca (1,022.6 ha). Consequently, the territory and the buffer zone were modified a number of times.

The Silkosiya Reserve preserves the precious plant and animal wealth of Strandzha mountain. The reserve’s territory is situated at 100 to 250 meters altitude. The widest spread soil are maroon forest soils and sulphurous-podzolic soils.

The plant diversity in the reserve is significant. 260 species of higher plants have been found. There are divided into the following categories – 14 wood species, 17 bush species, 143 perennial grasses, and 70 annual and biennial plants. This is22.6 % of the Strandzha flora and determines the high value of the protected territory.

Silkosiya is a typical forest reserve. It preserves forests of beech and oak, evergreen bushes – Rhododendron Ponticum L., Prúnus laurocerásus, Ilex aquifolium, Daphne pontica. The average age of the trees is 120-130 years, and in individual cases it exceeds 200 years.

The most impressive forest formations are Quercus polycarpa and Fagus orientalis. The following species can be seen as companions of the basic wood species: Sorbus torminalis, Sorbus domestica, Tilia tomentosa, Acer campestre and Pyrus communis.

Any type of human activity, excluding its guarding, scientific visits, passing of people along marked paths, including with education purpose is forbidden in the reserve.