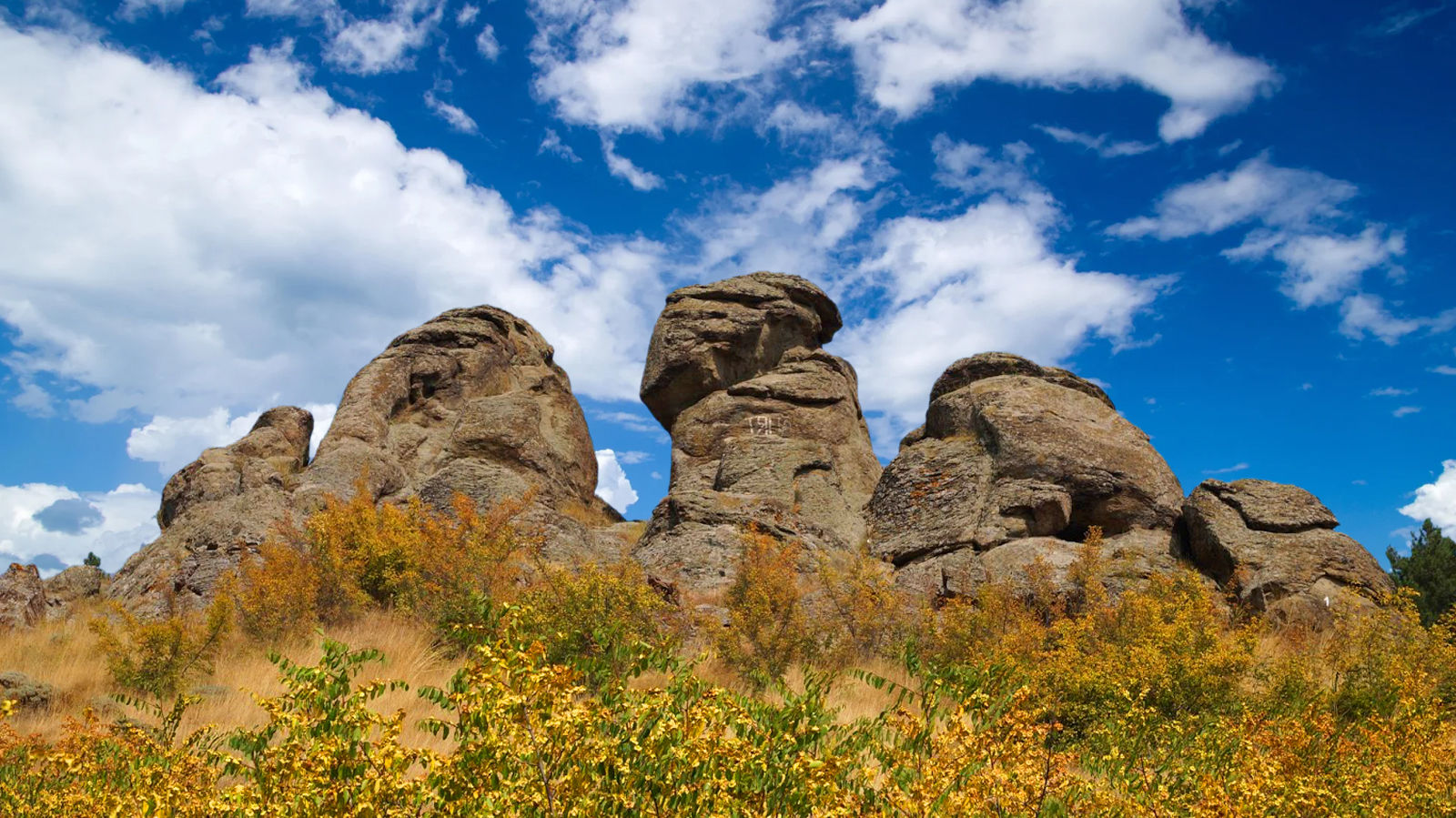 Near the town of Aytos, in the area of Kazanite (the Cauldrons), rises a bizarre natural formations group – three impressive rocks, which most often people likened to three brothers-fighters and defenders of the oppressed.

Legend has it that the Three Brothers defended the weak and defenseless. When they returned from battle, they petrified to hide from enemies.

The rocks on which they stepped were bent in their heavy footsteps, leaving large depressions as wide and deep as pots. That is why the area where these natural depressions are located is called “Kazanite”.