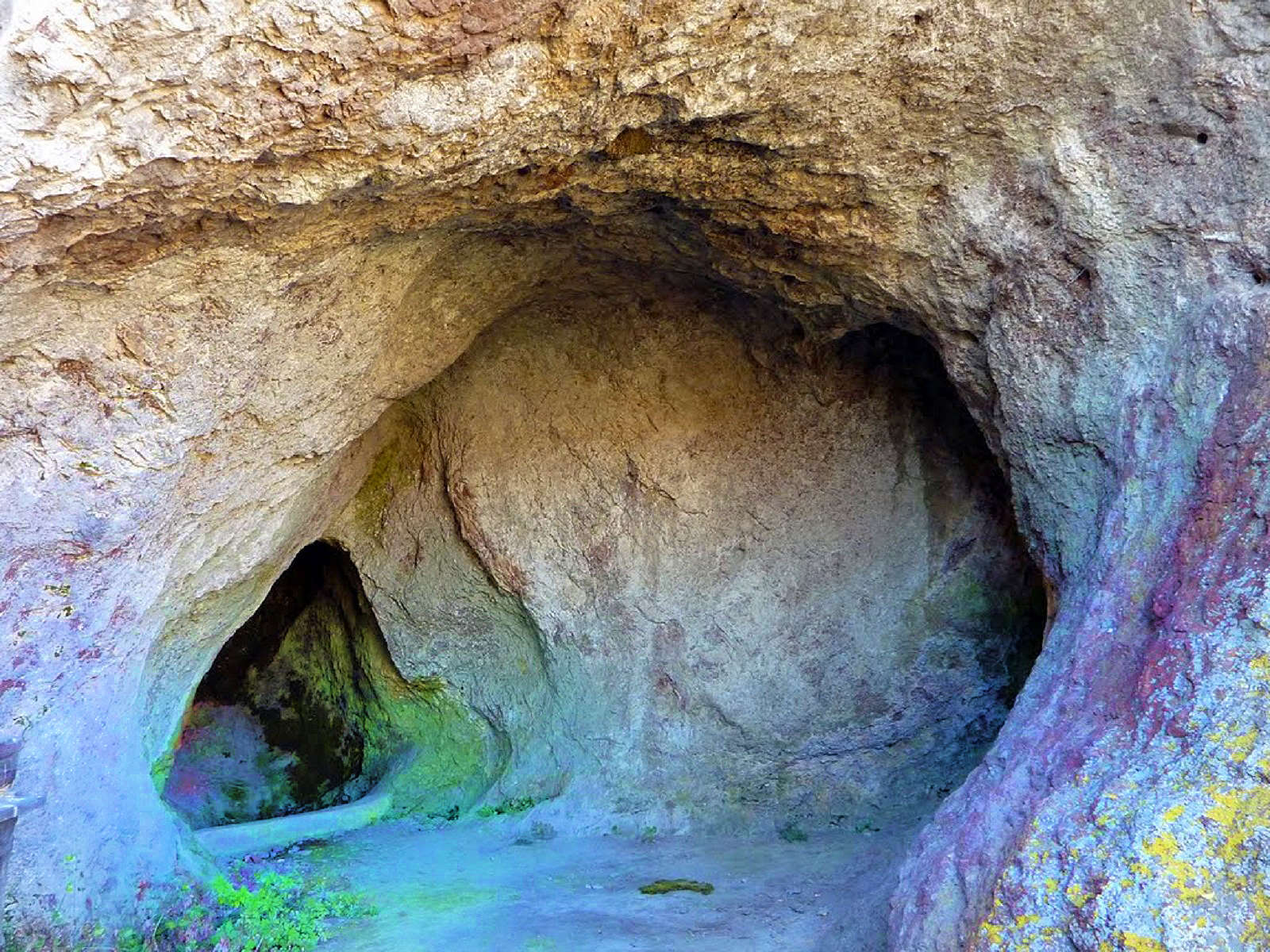 The megalithic sanctuary Rusin Stone is located in the highest and rocky part of the Rusokasto fortress, 2.5 km northwest of the village of Rusokastro in the Burgas municipality of Kameno.

About 4000 years ago, at the foot of the Big stone, the Thracians a settlement important for the economic and cultural contacts of The Thracian Kingdom of Edirne and the Black Sea Ancient Cities of Apollonia and Messembria.

Legend has it that the dragon fell in love with a girl called Russa. Early in the morning, when Russa went for water at the well, he turned into a young man and waited for her there. He drank the water from her copper pails and persuaded her to marry him. She was in love with someone else and refused his offer.

On St. George Day, a dance was held at the yard of the monastery, in the old fortress. Suddenly it darkened and thundered. The dragon descended from the Big Stone, grabbed Rusa and carried her to the cave. For a long time her relatives prayed to the dragon to let her go.

Rusa’s cry was heard in the day and night. Then Rusa’s father turned for help to St. George, who in a terrible battle stabbed the dragon and saved the girl. He was accepted by the locals as a defender from the dragon, freed not only Rusa but also the surrounding villages from frequent devastation, droughts and fires.

Еvery year on St. George’s Day at the Rusin Stone people from all the surrounding villages gathered. This was the largest and most revered festival until the 50s of the 20th century in the Burgas area. It was customary for people to spend the night on the meadow, by strong fires the night before the holiday, and the next day they were purified with the water from the spring in the Rusin hole, which they considered healing.

It is believed that the holy spring was filled with tears from Rusa’s eyes. These are two round cavities at the bottom of the cave. Even today, the elderly consider this water to be a healing remedy for young children. At the entrance of the cave on the second day after St. George’s Day, the pilgrims hung pieces of clothing for health and fertility.