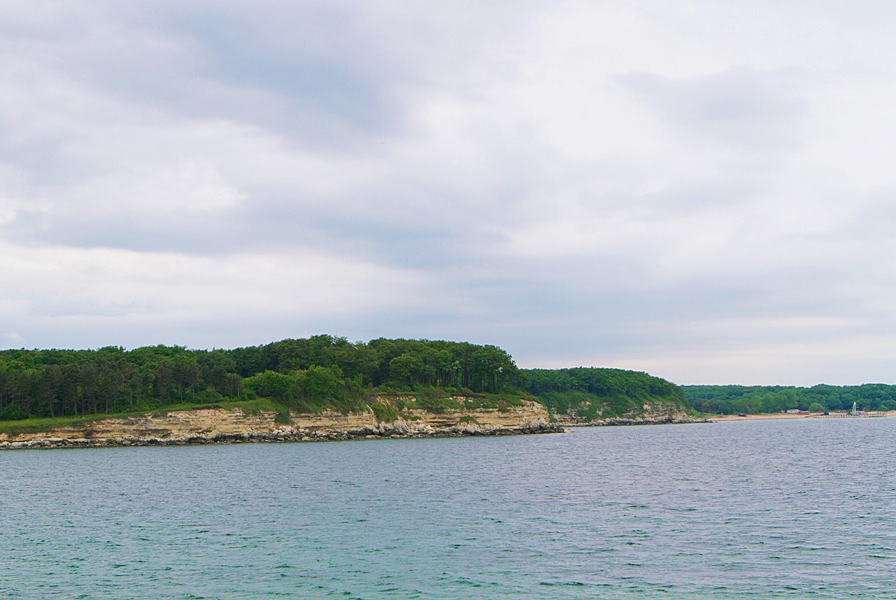 The town of Kiten is located at the Black Sea shore, at a distance of only 5 kilometers from the town of Primorsko andabout 55 kilometers south of Burgas city. The population of the town is only 1,000 people, but the town revives in summer due to the multiple tourists, who choose Kiten for their summer vacation. The average temperature in July is 23-24° С, and one of the advantages of the town is the unique combination of sea and mountains (Strandzha). The other advantages are the two wonderful bays – Karaagach and Atliman and the wide sea shores. The northern beach, also known as Atliman, is located at the end of the bay and is covered in beautiful sand dunes. The southern bay Urdoviza is divided into two beaches – Kiten South and Camping Kiten.

In ancient times there used to be a settlement, located at the same place, where Kiten now lies – its fortress walls were preserved to the present day and have been restored. Today’s settlement was founded in 1932. The name Kiten was given due to the fact that the town looks like a bunch of flowers (kitka in Bulgarian), when viewed from a distance.

During archaeological studies of the southern bay, many findings were discovered, such as stone tools, bone tools and pottery, which can be seen in the museum of Sozopol.

A legend tells the story of Stana Urdovizka – a girl, who was famous for her beauty; she lived in the Urdoviza fortress in the first years of the Ottoman Dominion of Bulgaria. She was so beautiful that the Ottoman sultan captivated by her beauty proposed to her to marry him. The girl agreed – but in one condition – that the Sultan exempts of all taxes the Bulgarian lands, which a rider on a ‘flying’ horse can cover from sunrise to sunset. The sultan agreed. One morning the girl left with her horse and roamed the forests and ravines all day. At dusk, when she almost toured the whole Strandzha mountain, she rode towards the black sea shore. When she reached the bay, her horse collapsed dead, The beautiful girl of Urdoviz died of fatigue too. The local population was exempted of taxes and the location was called Atliman Bay (Horse bay).

Nowadays Kiten is a nice resort, where everyone can find their way into the many private hotels, guest houses, holiday stations and campsites. The unique combination of mountains and sea, the wide beaches with various attractions, the fishing opportunities, etc. offer an unforgettable holiday. The dining and the recreational centers are numerous and diverse – restaurants, pizzerias, taverns, bars and discos.

The resort proximity to Primorsko increases the accommodation and recreation options. The Ropotamo reserve is located in the vicinity. Attractive boat trips are offered at the Ropotamo river. Nobody gets bored at the beaches of Kiten and Primorsko – here you can surf, hire a jet, dive, play beach volleyball or practice other sports, or just tan and relax. The river, flowing into the sea near Kiten – Karaagach – is rich in fish and is a favorite spot for the fishermen, staying at the resort.