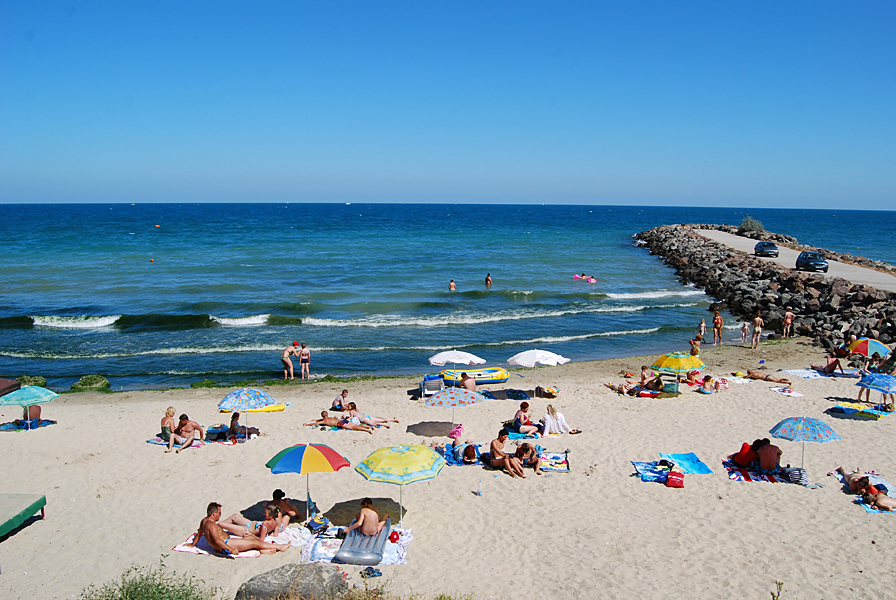 Ravda Village is situated approximately 33 km past Burgas and 4 km before Nesebar. Despite its proximity to big resorts such as Slanchev bryag (Sunny Beach) and Nesebar, Ravda remains a quiet place with a nice beach suitable for people of all ages. It is an especially popular holiday destination for families with children.

There are many legends that tell the story of how the village was founded and how it got its name. One legend has it that centuries ago shepherds settled in the region and the place was named after one of them – Ravadin. Another legend says that long time ago these lands belonged to a bad landowner who used to beat his workers with a stick called ravdas. Most interesting is the legend according to which the god Neptune fell in love with a beautiful girl called Ravdalina and wished to take her to the depths of the sea with him, but she refused. Infuriated by her reaction, the god sent a water storm to destroy the village, but the other gods prevented the disaster. Thus the big waves formed numerous coves.

An interesting place to visit in Ravda is the Church of St. Paraskevi. It was built in 1884 by two Greeks, Vasilios and Teodorakis, who worked together with the local people. The temple was restored in 1998.

Ravda beach spreads out on an area of 57 000 sq m and is divided in two by Cape Ravda. The southern beach attracts tourists with its nice sand, clean sea water, and various forms of entertainment, while the northern beach offers a quiet relaxing atmosphere. Ravda provides visitors with many opportunities to practice water sports such as diving, jet skiing, yachting, windsurfing, etc.

Ravda’s immediate proximity to Nesebar, Slanchev bryag, Sveti Vlas, Elenite, and Aheloy allows for a varied holiday. People who are interested in cultural tourism can visit Nesebar. Slanchev bryag, which is famous for the various forms of entertainment it offers, is also nearby. Those who want variety can go to a different beach every day. The resorts are connected to each other by regular transport and the rides are very short.

Ravda provides many accommodation opportunities: there are hotel complexes, apartments, family hotels, rental rooms, etc. There are also many restaurants in the village and the majority of them serve seafood.