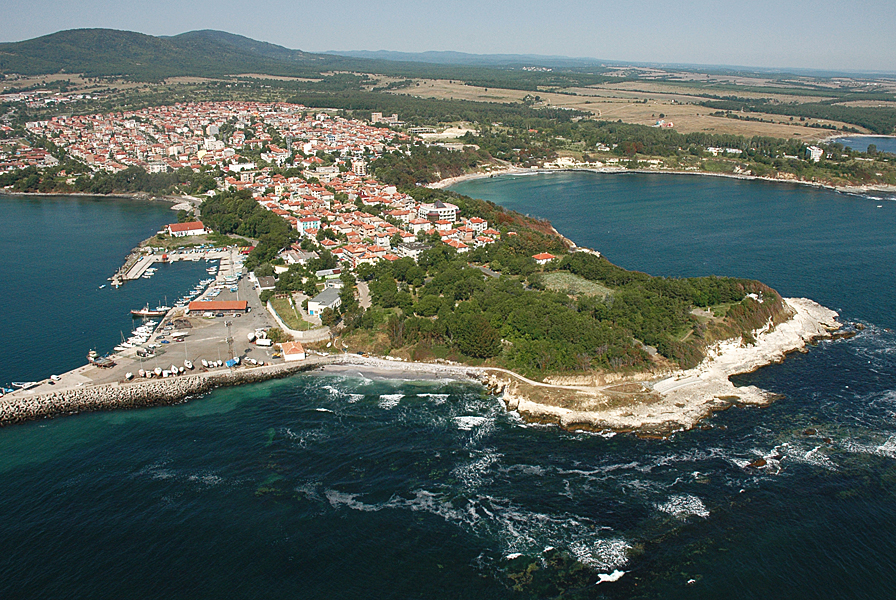 The town of Tsarevo is situated in the south-east part of the country, on the South Black Sea area, at a distance of about 66 km from Burgas. The border with Turkey is situated at a distance of only about 40 km south from Tsarevo. The municipality territory occupies a large part of Strandzha Mountain. The town population is about 5,000 people.

The town had a developed port and great traditions in ship-building and fishing. The close proximity to Strandzha, where wooden material for ship-construction was taken, was one of the basic advantages of Tsarevo. Traditionally, smaller to medium sized ships were built in the ship building plant in Tsarevo, but their distinctive feature was their sharp ship bow. In Greek this part of the ship was called Karina. That is why the local residents were called kakarini. There was a flotilla of 42 ships in the sea town during the first half of the 19th century. Grain and grape were grown in the region. They were the basic goods with which the local population was trading. Tsarevo maintained good commercial relations with the capital of the Ottoman Empire – Constantinople and with ports in Aegean and Marmara Sea.

After the Liberation of Bulgaria of Ottoman dominion (1878) the town remained within the borders of the Ottoman Empire. As late as after the Balkan War (1912 – 1913) the town was again included within Bulgarian borders.

Nowadays Tsarevo is divided into an old and a new part. During the 1880s a great fire destroyed a large part of the town, and nowadays there are a few buildings that had remained after the fire. The church “The Assumption of St. Mary” is situated on the south peninsula of Tsarevo. Another temple existed at the place of nowadays’ church. The church was built in 1831, and its contemporary appearance has existed since 1895. Some of the icons in the temple date back to the end of the 18th century.

The resort settlement of Lozenets is situated at a distance of 7 km from the town. The beaches of the former camping areas of Coral, South and Oasis are situated near Tsarevo. Other small resort towns such as Ahtopol, Sinemorets, Kiten, etc. are also situated nearby.

The close proximity of Strandzha is a reason of the well developed ecological and mountainous tourism in the region. There are marked routes on the territory of the Strandzha Natural Park. While tourists walk along them they can learn more about the history, the animal and plant species in the region. The rivers around Tsarevo are abundant in terms of fish. Fishermen standing on the bridges and shores are often seen here.

Tsarevo has rich cultural schedule. Traditionally the following events are conducted in August: Week of the Sea,International Festival of Honey Dew, international and national folklore festivals. There are a lot of hotels, guest houses and camping sites on the territory of Tsarevo. They offer accommodation depending on the means and the taste of the tourists. The food and drinks establishments are also diverse and offer wonderful sea food.